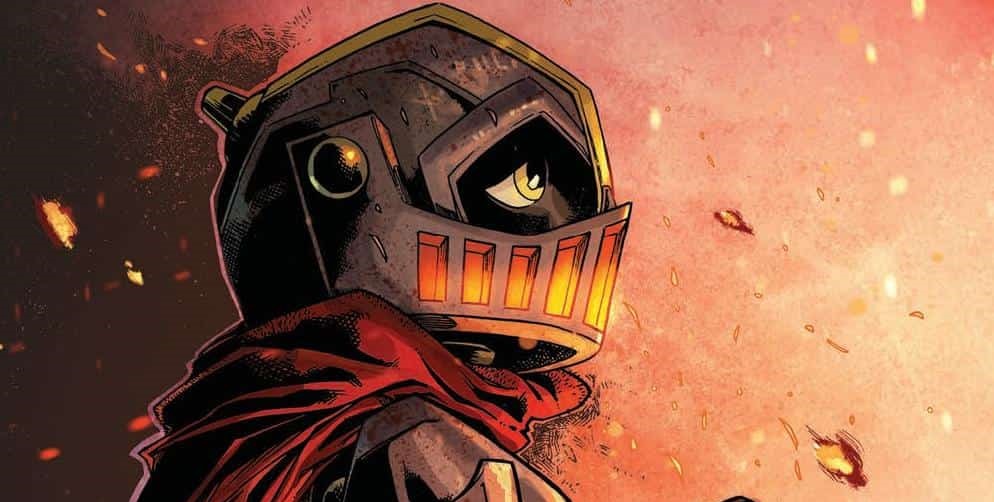 Canto III Lionhearted #6 Review: The Arc Ends But Canto Has Plenty of Story Left in his Journey

Fair warning, as critical as I am supposed to be, this series holds a very personal spot in my heart and this is going to be a love letter to Canto but it wholeheartedly deserves all the praise. David Booher and Drew Zucker have blossomed as one-of-a-kind series. The journey these two creators have been on creating Canto and seeing the little tin hero return time and time again is a fairy tale all on its own. They have also amassed a group of talented creators who have had a hand in bringing the series to life and shot hope to readers everywhere in a time that it’s been needed most. With creators such as (insert creators here).

Canto III: Lionhearted just wrapped with its sixth issue, but his journey is far from over. Something the series has always consistently delivered is hope and the willingness to sacrifice all for love. Not only romantic love but love for one another, love for where you come from, and most importantly, love for oneself. It’s a unique trait that Booher and Zucker have made a signature piece of all of Canto from the first issue to this most current one and I can guarantee it will continue for any future issues.

Canto seems to just instill his overpowering belief into those he encounters as he finds himself asking the Vikus for help and getting it. Of course, things aren’t always so simple as the Furies arrive with their own forces and although they have the Vikus at their back, Canto, Aulara, and Rune must band together to take on the Furies directly. This is another piece of what Booher and Zucker do so well and that gives you perspective on every character we encounter as we find out that as evil as the Furies may seem, they also have been lured into the Shrouded Man’s fight reluctantly.

This is revealed as the Red Fury grabs Canto and demands he hand over the Shrouded Man’s heart but as she touches it, she learns as well as the reader that she and her sisters sacrificed themselves and their memories for their father’s memories. And just like that, the script is flipped and we learn that not everything is as black and white in this story.

This is a pretty valuable life lesson as well, as many times we only see the surface of the people we meet, and we sometimes do the human thing of judging or painting a picture of these people without really knowing the full story of their memories. This is what an all-ages book should bring to young readers and it just gives this series so much more value.

While the issue unfolds during this battle we see the heaviness of this fight that started out for the sake of love for another having transformed into an epic encounter between good and evil and within it we learn many life values that can benefit us and others in the real world.

As a magical flame brings the Shrouded Man to Frysta Wastes, he now has Canto’s friends in captivity leaving Canto with an impossible choice of saving his beloved friends or saving his people. Thankfully, Canto still has friends in the fight as Rune decides to gather the Vikus and save Canto’s people to let Canto focus on bringing his friends back to safety.

The end of the arc leaves ends in sorrow but of course, it wouldn’t be Canto if there still wasn’t hope. With Canto facing a difficult choice, and the Shrouded Man seeing his grasp presumably slipping through his fingers, we are left with a series of panels showing the various areas of Canto’s world that are under the Shrouded Man’s wide grasp as he continues to instill his wrath on so many. Canto continues to bring the fight and continues to find new allies to help him in his cause.

How will this end? Will Canto right the wrongs of the Shrouded Man? Will the Shrouded Man find a way to continue to keep his foothold on these areas and the people in them? What kind of world will be left after this is all over? Booher and Zucker have done a beautiful job to present such high stakes all while keeping the journey available for all ages.

Every time I read a new issue it takes me back to one of the first conversations I had with Booher and Zucker in which they explained how stories can be interpreted differently at different ages and this is a prime example of a story that will be an enjoyable time and time again as Booher weaves different layers of meaning into every piece of writing he puts into these issues and Zucker continues to impress with his artwork that looks reminiscent to something you would find in Khazad-dûm.