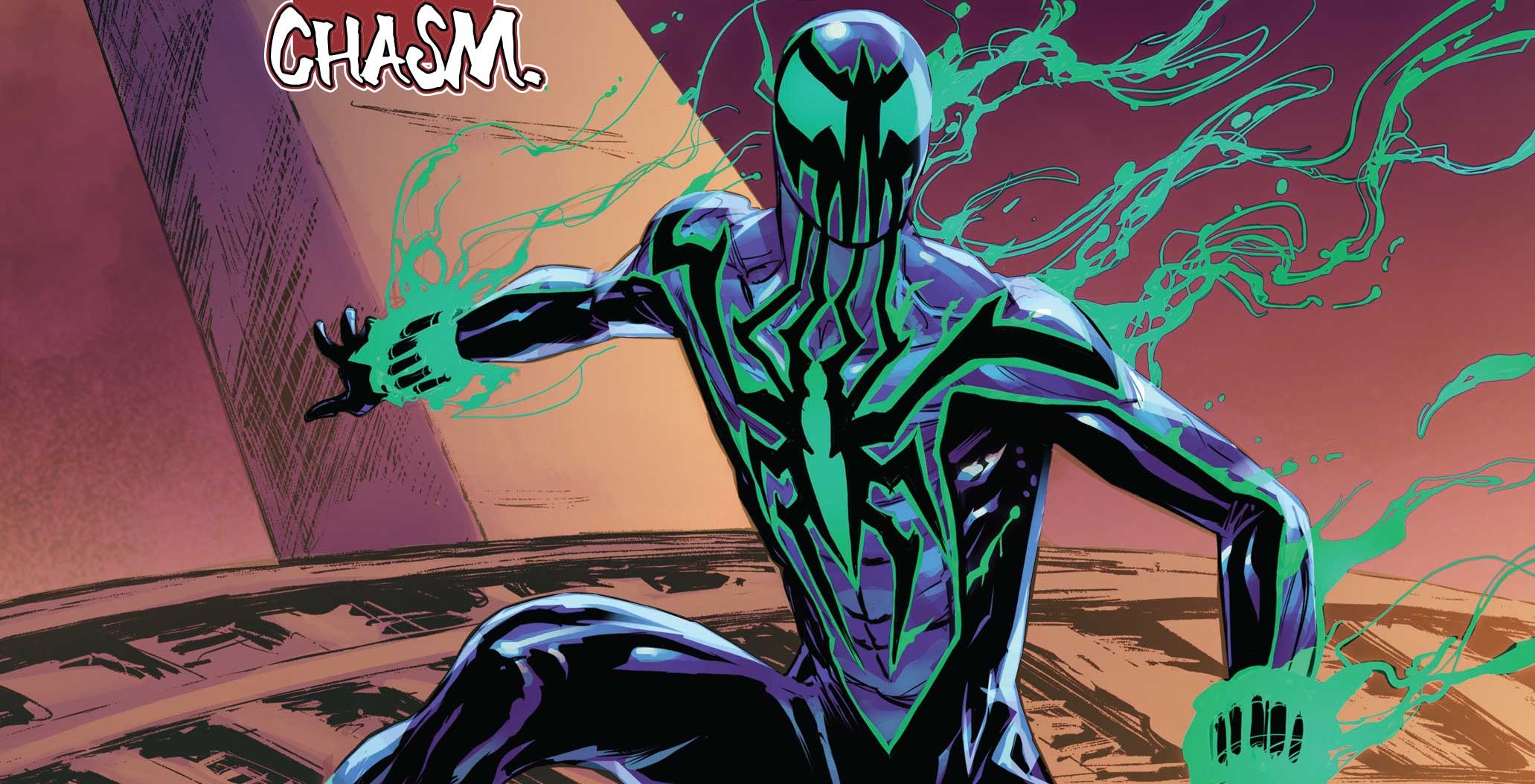 Marvel Comics has released a look at Ben Reilly’s saga as Spider-Man coming to an end and the new era as Chasm beginning. As the publisher describes it, this saga has been playing out for months throughout the pages of Amazing Spider-Man with creators that include Zeb Wells, Saladin Ahmed, Cody Ziglar, Kelly Thompson, and Patrick Gleason.

The “Beyond Era” saw Peter Parker be taken out of commission after his vicious fight with his clone. This opened the door for fan-favorite Ben Reilly to suit up as the friendly neighborhood Spider-Man. The “Beyond Era” reached its epic conclusion in the pages of Amazing Spider-Man #93 which saw Ben Reilly fall after a climactic fight with Peter Parker. Marvel says it best in their press release, saying:

“But all is not as it seems… Enter CHASM, Ben Reilly’s new identity, and Peter Parker’s latest archenemy.”

With Ben Reilly holding Peter Parker responsible for the wrongs in his life, he will now enter the Marvel Universe as Chasm, “a fierce and deeply personal new Spidey foe just in time for Spider-Man’s new era, kicking off next month in Zeb Wells and John Romita Jr.’s AMAZING SPIDER-MAN #1!”

Wells promises in the press release that Ben’s journey is far from over, saying:

“AMAZING SPIDER-MAN #93 brings us to the end of the mega-arc the Beyond Board worked so hard on. And though this story is coming to an end, Ben Reilly’s journey is just beginning. Keep reading Amazing Spider-Man to find out if Peter can pull Ben back from the Chasm.”

“Get ready to get to know the most terrifying new member of Spidey’s Rogues Gallery. Part of the point of ‘Beyond’ was the creation of Chasm and we have HUGE plans for the artist formerly known as Scarlet Spider, so keep your eyes peeled Web-Heads.”

Amazing Spider-Man #93 is available now at your favorite local comic shop and digitally. Amazing Spider-Man #1 arrives this May. Check out a preview of the artwork from ASM #93 below along with a design sheet of Chasm from Gleason: