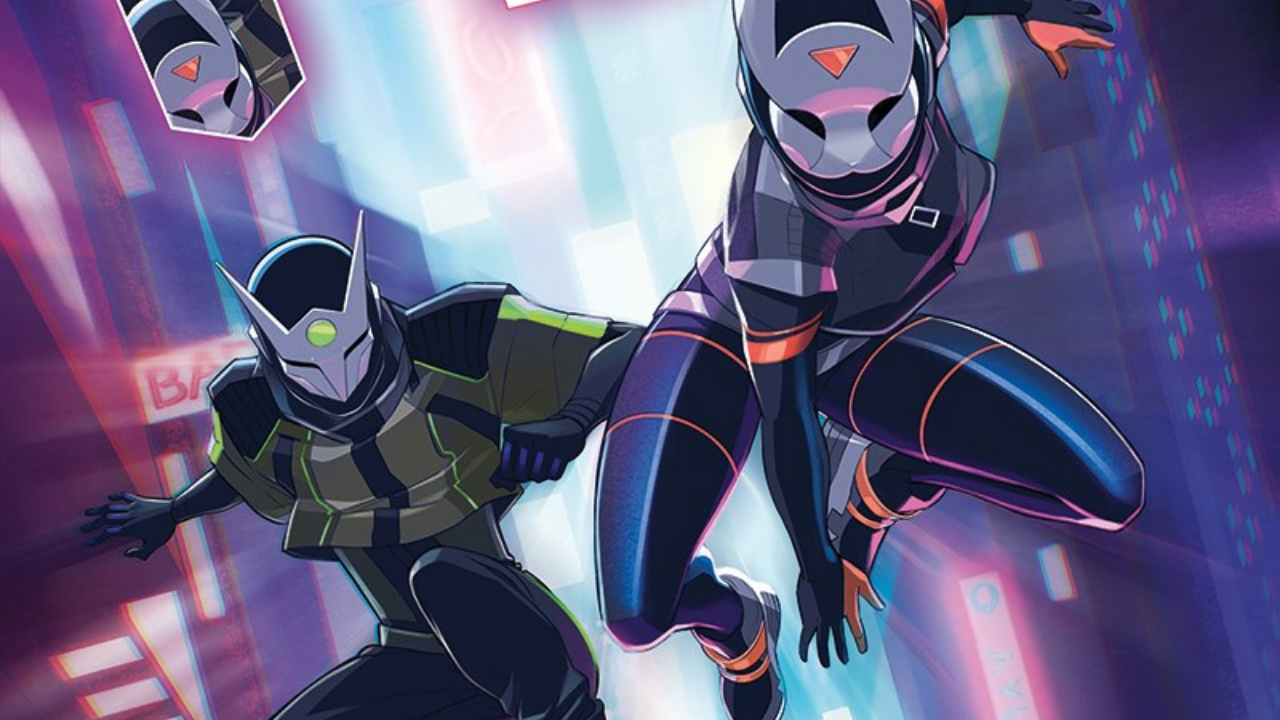 Vault Comics has revealed a never before seen Fox and Hare preview of the long-awaited series. The cyberpunk series was co-created by writer Jon Tsuei and artist Stacey Lee with colors by Raúl Angulo, letters by Jim Campbell, and designs by Tim Daniel. The premiere issue of the series will make its way to readers this May.

Vault offers the following description for the series:

“When black market coder Aurora Yi uncovers top secret data that has tapped into the past lives of the citizens of Mazu Bay, her world is turned upside down. The mega corporation Synastry Designs wants its data back and is hot on her trail. Aurora has no choice but to turn to the Fox and the Hare, the most feared mercenaries in the city, for protection. Rebellion. Reclamation. Rebirth.”

Tsuei talks about being drawn to the genre but feeling a disconnect at the same time, saying:

“I’ve always been drawn to the cyberpunk genre, but I never saw myself represented in those stories, despite their heavy usage of Asian aesthetics,”

Tsuei goes on to say:

“I began to wonder, what if Asian people reclaimed the aesthetics of cyberpunk and centered ourselves in the narrative? As I spent time with that question, I realized that it wasn’t enough to just place Asian faces in the story. We also had to reframe the themes of new technology (cyber) and rebellion (punk) through an Asian lens.

Stacey Lee and I are mirroring the path that the Fox and the Hare are walking, we’re just doing it in different worlds. Aside from the statement we’re making about the genre itself, we’re telling a character driven story about love, justice and rebirth. This world is something very special to me and I hope it can be just as special to those who read our story.”

Fox and Hare will be available at your favorite local comic shop on May 25th, 2022 with a full series variant run from artist Yoshi Yoshitani. Check out some of the covers and short preview below: