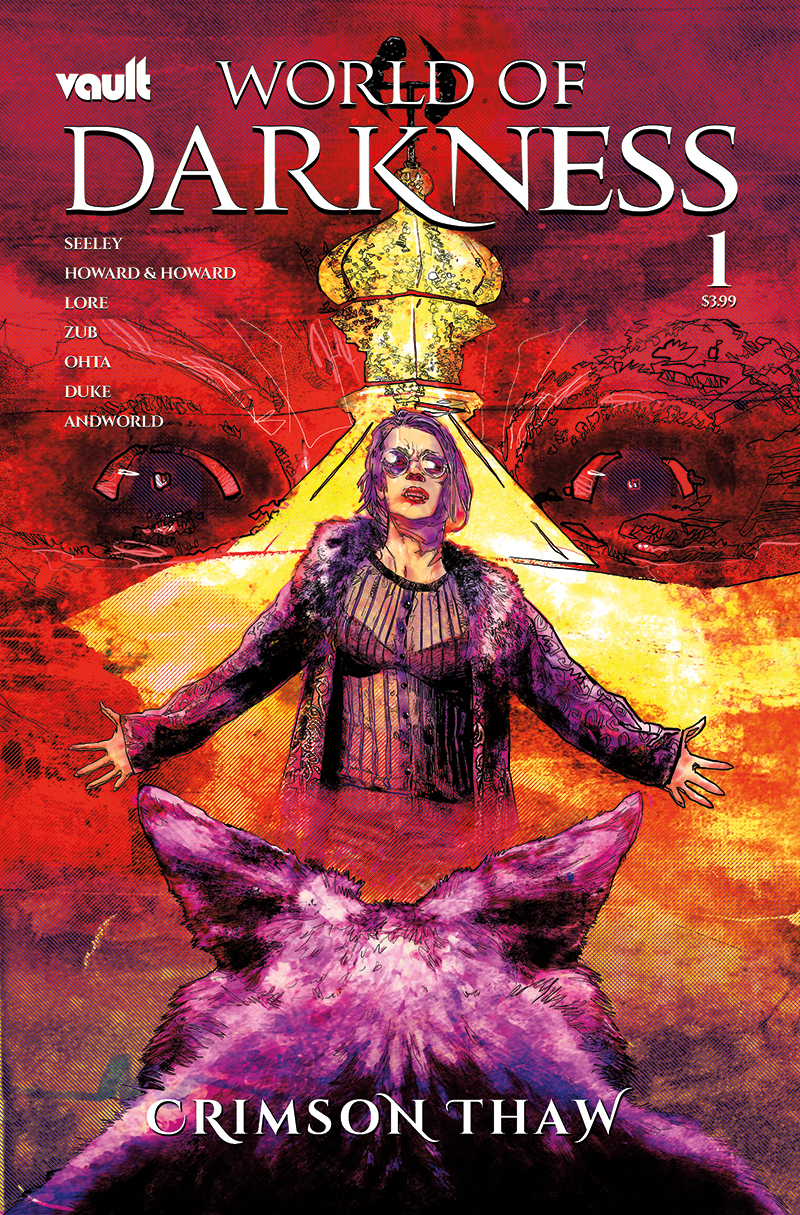 Vault Comics is thrilled to announce World of Darkness: Crimson Thaw, a multi-property World of Darkness event that spins out of Vault’s smash hit Vampire: The Masquerade comic book series. In World of Darkness, there is more lurking in the shadows than just vampires, and this event will shine a light on just what else hides in the night.

In World of Darkness: Crimson Thaw, Cecily Bain has become everything she never wanted as The Prince of the Twin Cities. But her rule over a fractured, backbiting vampire court is interrupted by an intruder—something big, hairy, and full of teeth. For over a century, werewolves of the Twin Cities have protected their blessed places from threats both physical and spiritual. When vampires under Cecily rule move in on one of these precious sites, it’s a declaration of war, one that Tyrell ‘the Stainless’ Stinar and his ferocious pack will avenge at any cost.

The three-issue event will launch in September 2021. Making the series even tastier for fans of Vampire: The Masquerade, each issue of World of Darkness: Crimson Thaw will include exclusive gaming material for Vampire: The Masquerade 5th Edition of the tabletop RPG from Renegade Game Studios, allowing players to actually play the events of the series in their own games.

“The World of Darkness has ignited my imagination for a long time and working with our incredible team to write this Kindred-Garou throwdown brought all those feelings back in such a wild way,” said Jim Zub. “Crimson Thaw is big, bloody and oh so memorable, and I can’t wait for readers to see what we have in store.”

“The best part of working on Vampire: The Masquerade has been collaborating with all the other creators and editors, almost like playing the greatest monthly RPG session ever,” added Tim Seeley. “Adding my old friend Jim Zub, awesome new talent Danny Lore, and a ton of werewolves just makes the game that much more engrossing, scary, and fun.”

The Paradox-Vault pact was forged by Joe LeFavi, CEO of Genuine Entertainment, LeFavi is responsible for various extensions of the World of Darkness franchise this year including the Vault comic book series and the Vampire: The Masquerade expandable card game from Renegade Game Studios. Vault is represented by Matt Sugarman of Weintraub Tobin.