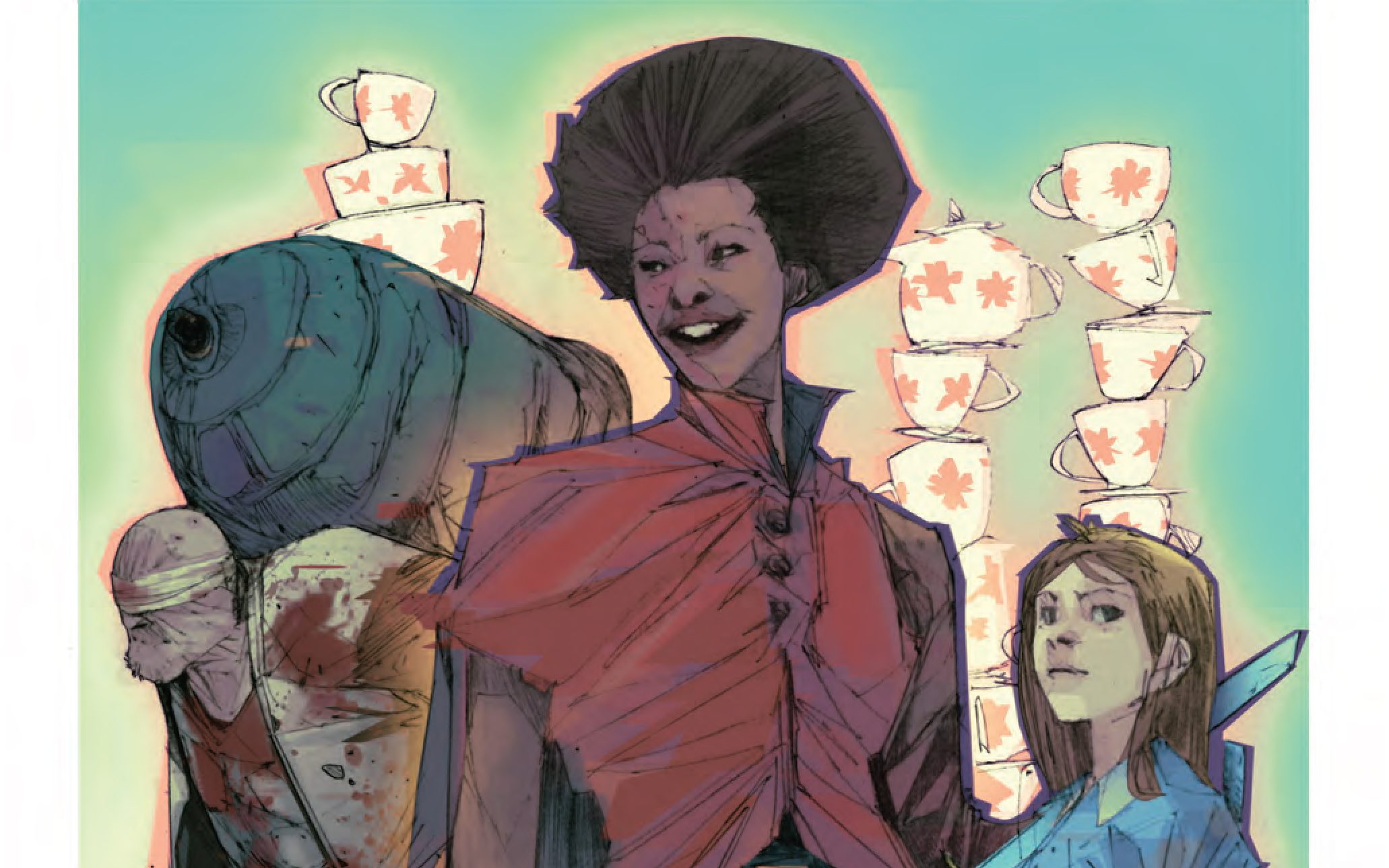 The Stakes Get Higher in the Punk Rock Inspired World of Darling #2.

Darling #2 is set to hit comic shelves on July 28th, 2021. The series from Source Point Press centers on a 1980’s drug war. Darling comes to us from Michael Fleizach, Todd Hunt, and Dave Mack Mims.

In Darling #2, “A missing girl; a city on the brink of an all-out drug war; and our beloved anti-hero just trying to keep it all together – we’re in for one hell of a night. With every page turn, our girl’s identity becomes more crystal; with every passing moment, Francis becomes more dope sick. Can he stay straight long enough to save her? We’re stumbling towards our destiny, and now the bloodshed is about to begin.“

As previously reported, Fleizach worked on Darling for many years and used the journals from his late brother, who passed away of a heroin overdose as inspiration for the series. Ziechler recalls the feelings he felt after the loss saying:

“Shortly after his death, wanting to connect and understand, but feeling like a societal leper, I turned to my brother’s journals to make sense of something I thought was impossible. This was the impetus for the world of Darling—It’s important to remember – addicts are not these cast-off wretches of society. They are, almost certainly, very dearly loved by at least one other human being; someone who can only be halfway whole when they leave this plane for good.”

Fleizach, Hunt, and Mims have also taken a percentage of the profits and donated them to organizations dedicated to helping those who suffer from drug and alcohol abuse. Fleizach & Hunt have found mutual ground through the working of Darling as Hunt explains:

“Creating the world of Darling with Mike has allowed me to do the impossible on multiple occasions including getting closer to his brother.”

“It’s a place where Mike and I have shared our fondest memories, our greatest inspirations, and exorcised our deepest fears.”

Enjoy this preview of Darling #2 and help the creators along with Source Point Press provide a platform to those struggling with addiction and their families as well.