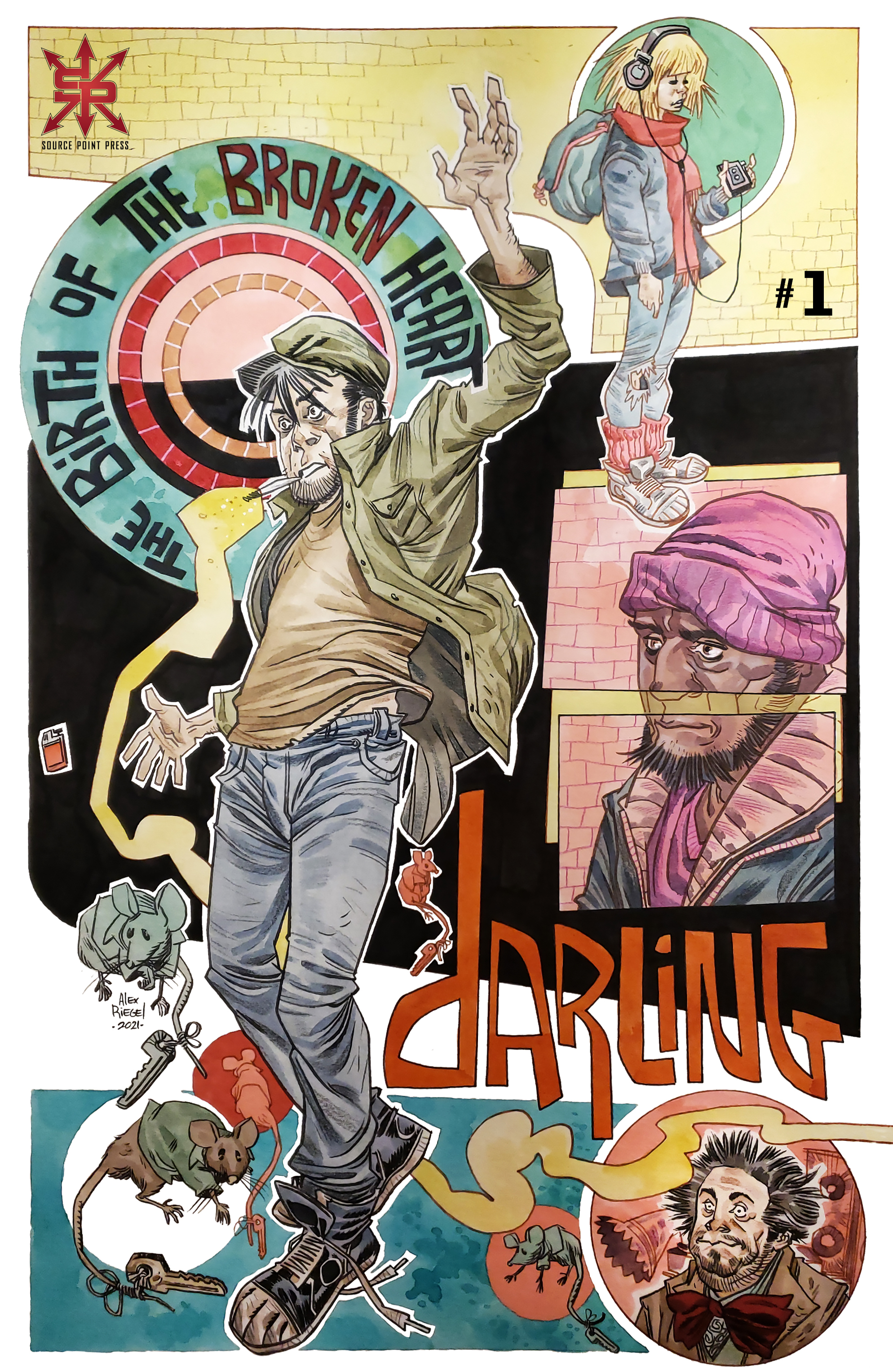 Michael Fleizach & Todd Hunt take us into the drug epidemic that affected New York City in the 1980’s with their series, Darling.

Darling, A new series by co-creators Michael Fleizach and Todd Hunt, and published by Source Point Press, will take readers into the heart of the drug epidemic that many suffered through in the 1980’s. Completing the creative team is artiist, Dave Mack Mims, who will be providing the art and colors to the series.

In a press release, they describe the art in the series as,

emblazoned with influences of street graffiti and punk rock culture, the story pays homage to the style of Lewis Carroll and Frank L. Baum—making Darling a comic series that captures the passions that Michael and his brother once shared.

With all of New York City enveloped in the zeitgeist of a missing 8-year-old girl, lovable anti-hero Francis Darling accidentally stumbles onto the machinations behind her kidnapping and the drug war that ensues.

…but has he really?

A bit like chasing the Mad Hatter through a toxic chemical cloud, Francis’ inconceivable journey brings us uncomfortably close to NYC’s most crooked…most deviant…most irredeemable characters; the kind that can only be extricated from the drug-addled, guilty conscience of a failing brain.

“In 2012, my brother died of a heroin overdose. It feels good to type that out, actually. It feels good because there is a stigma associated with drug death; it isn’t exactly discussed on the checkout line, at the hairdresser, or while you’re waiting on an oil change – it just isn’t done,”

“Shortly after his death, wanting to connect and understand, but feeling like a societal leper, I turned to my brother’s journals to make sense of something I thought was impossible. This was the impetus for the world of Darling—It’s important to remember – addicts are not these cast-off wretches of society. They are, almost certainly, very dearly loved by at least one other human being; someone who can only be halfway whole when they leave this plane for good.”

“Creating the world of Darling with Mike has allowed me to do the impossible on multiple occasions including getting closer to his brother,”

“It’s a place where Mike and I have shared our fondest memories, our greatest inspirations and exorcised our deepest fears.”

The playwrights will be donating a percentage of their sales to programs dedicated to helping those who are struggling with alcohol and drug abuse. The creators and Source Point Press hope that this will give a voice to those coping with addiction within their family and community.

To find a comic shop near you, please visit Comic Shop Locator