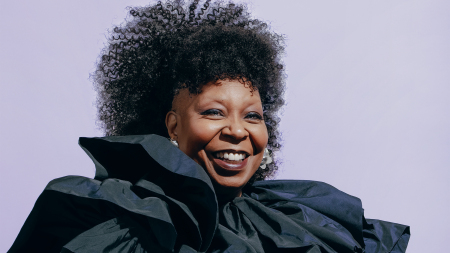 Whoopie Goldberg is working on a new film project for herself as she takes on the superhero genre.

She is writing a script that will tell the story of an elderly black woman who ends up acquiring new superpowers and she has to learn to use them. She tells Variety:

“Since I was a little kid, I’ve been obsessed with superheroes. They’re all saving the earth all the time. But do you know who’s really going to save the earth? Old Balck Woman.”

No information on how far along this project could be away from coming to fruition or if Goldberg would want to star in the film, but it’s definitely a unique take on a very popular genre in Hollywood.

Goldberg also went on to share some new details about the third installment of the Sister Act franchise which is currently being developed for Disney+. She confirmed that the movie is being written by Evil Eye author Madhuri Shekar with Tyler Perry set as a producer. She also teased that some of the other original cast members from Sister Act 2 could return as well:

“Marc Shaiman [the franchise’s composer] is just waiting. The nuns are all waiting. Maybe there’s gonna be some of the kids [from ‘Sister Act 2’]. Who can say?”

Goldberg is certainly a staple in Hollywood and it would be a welcome entry into the superhero genre, in the meantime, look for her in the third installment of the Sister Act.