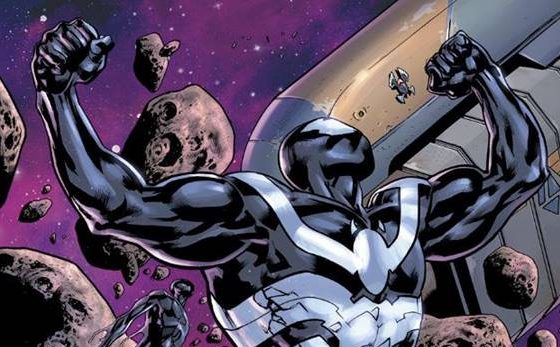 Donny Cates and Ryan Stegman pass the torch to the new creative team who will bring their vision of Venom to life starting with a glimpse of what’s to come in this year’s Free Comic Book Day 2021: 2021: SPIDER-MAN/VENOM and leading into Venom #1!

Following a blockbuster turn by Donny Cates and Ryan Stegman, Marvel’s resident master of horror, Al Ewing, and Ram V will take over the adventures of Venom — bringing the same style and sensibilities that made IMMORTAL HULK a smash hit. Ewing and award-winning author Ram V, a titan of terror in his own right, will work together to lend a dramatic and dangerous air to this twisted new vision of Venom! Rounding out this symbiote hivemind will be legendary artist Bryan Hitch, bringing his rich and detailed style to the Venomverse. The future of Venom lies in the hands of this mastermind team, and you won’t believe what lies ahead!

“When my editors at Marvel reached out about taking on Venom alongside Al Ewing and Bryan Hitch, I was not prepared for the kind of creative thrill it has been ever since,” Ram V said. “This story is going to expand and push the symbiote narrative and lore in even more unexpected and fantastic directions. It is also an utter thrill having the sort of call and response mechanic I’ve had with a writer like Al and an artist of Bryan’s caliber. Fans and new readers, strap in— you ain’t seen nothin’ yet.”

Fans can get their first glimpse at what’s in store in this year’s Free Comic Book Day title, FREE COMIC BOOK DAY 2021: SPIDER-MAN/VENOM, available at participating comics shops on August 14th. Stay tuned for more information and don’t miss the next superstar era of VENOM this November. For more information, visit Marvel.com.