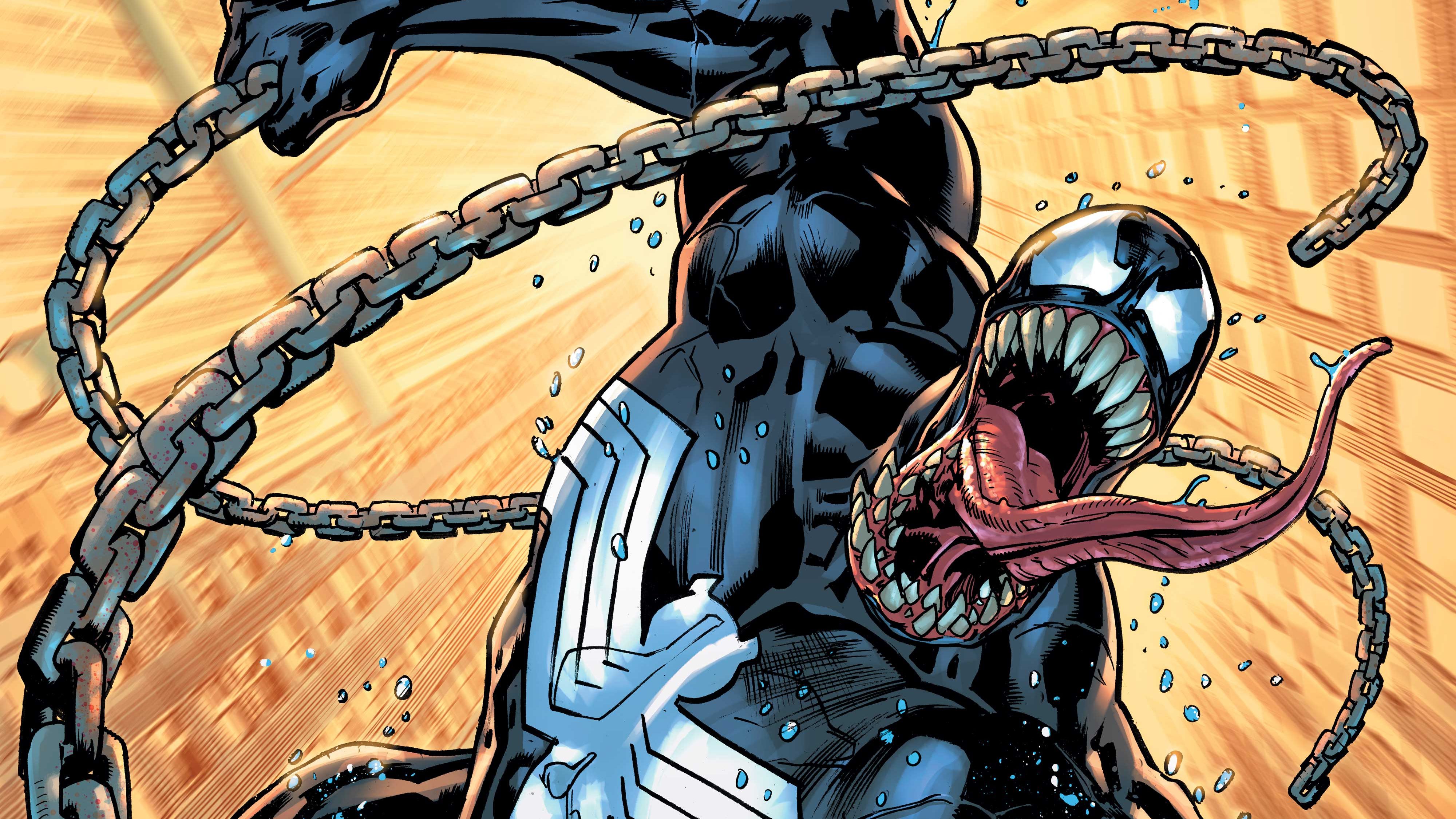 AN EPIC NEW ERA FOR THE SINISTER SYMBIOTE BEGINS IN VENOM #1.

Check out the cover to Al Ewing, Ram V, and Bryan Hitch’s VENOM #1, arriving this October!

Hot off the heels of VENOM #200 and EXTREME CARNAGE, this October will see the start of one of the most ambitious series in symbiote history: VENOM #1! Announced last month, Marvel’s resident master of horror, Al Ewing, and titan of terror Ram V have teamed up to craft a mind-bending and gut-wrenching tale of symbiosis the likes of which the Marvel Universe has never seen. Rounding out this symbiote hivemind will be legendary artist Bryan Hitch, bringing his rich and detailed style to the Venomverse. The future of Venom lies in the hands of this mastermind team, and you won’t believe what lies ahead!

“When my editors at Marvel reached out about taking on Venom alongside Al Ewing and Bryan Hitch, I was not prepared for the kind of creative thrill it has been ever since,” Ram V said. “This story is going to expand and push the symbiote narrative and lore in even more unexpected and fantastic directions. It is also an utter thrill having the sort of call and response mechanic I’ve had with a writer like Al and an artist of Bryan’s caliber. Fans and new readers, strap in— you ain’t seen nothin’ yet.”

Check out Bryan Hitch’s main cover now and pick up VENOM #1 when it hits stands on October 13th! For more information, visit Marvel.com.