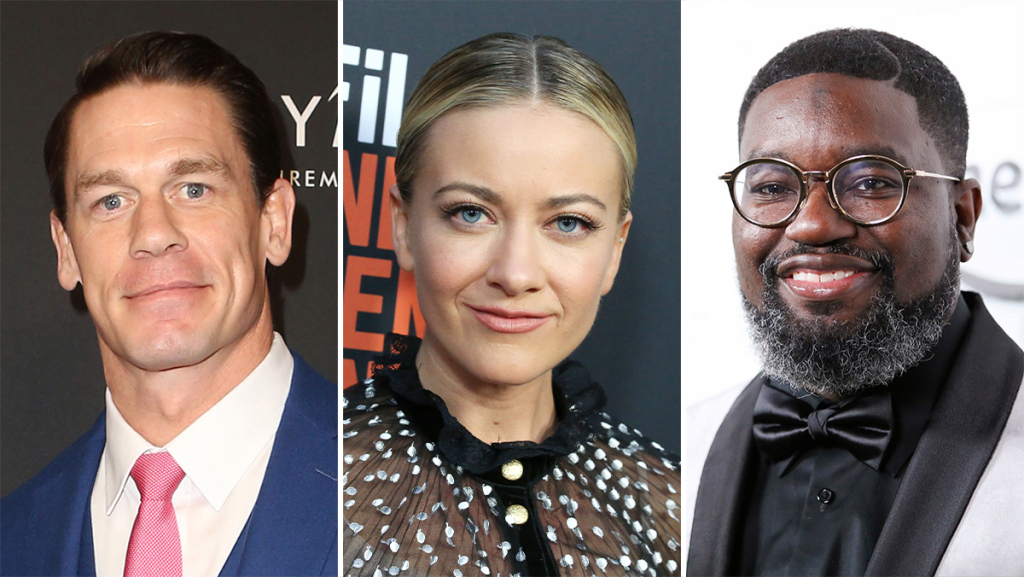 John Cena and Lil Rel Howery will star in the comedy film VACATION FRIENDS for Hulu.

John Cena and Lil Rel Howery will star in the comedy Vacation Friends for Hulu this summer. The stars are joined in the cast by Yvonne Orji (Night School, Insecure), and Meredith Hagner (Palm Springs, Search Party), Robert Wisdom (The Alienist), Andrew Bachelor (The Babysitter), and Lynn Whitfield (Greenleaf). The original script was written by Tom and Tim Mullen and was then reworked by Clay Tarver, who is also directing, and the writing duo of Jonathan Goldstein and John Francis Daley (Game Night, DC’s upcoming The Flash).

In this raw and raunchy comedy, straight-laced Marcus and Emily (Howery, Orji) are befriended by wild, thrill-seeking partiers Ron and Kyla (Cena, Hagner) at a resort in Mexico. Living in the moment, the usually level-headed couple lets loose to enjoy a week of uninhibited fun and debauchery with their new “vacation friends.” Months after their walk on the wild side, Marcus and Emily are horrified when Ron and Kyla show up uninvited at their wedding, creating chaos and proving that what happens on vacation, doesn’t necessarily stay on vacation.

Vacation Friends is set to hit Hulu on August 27th.