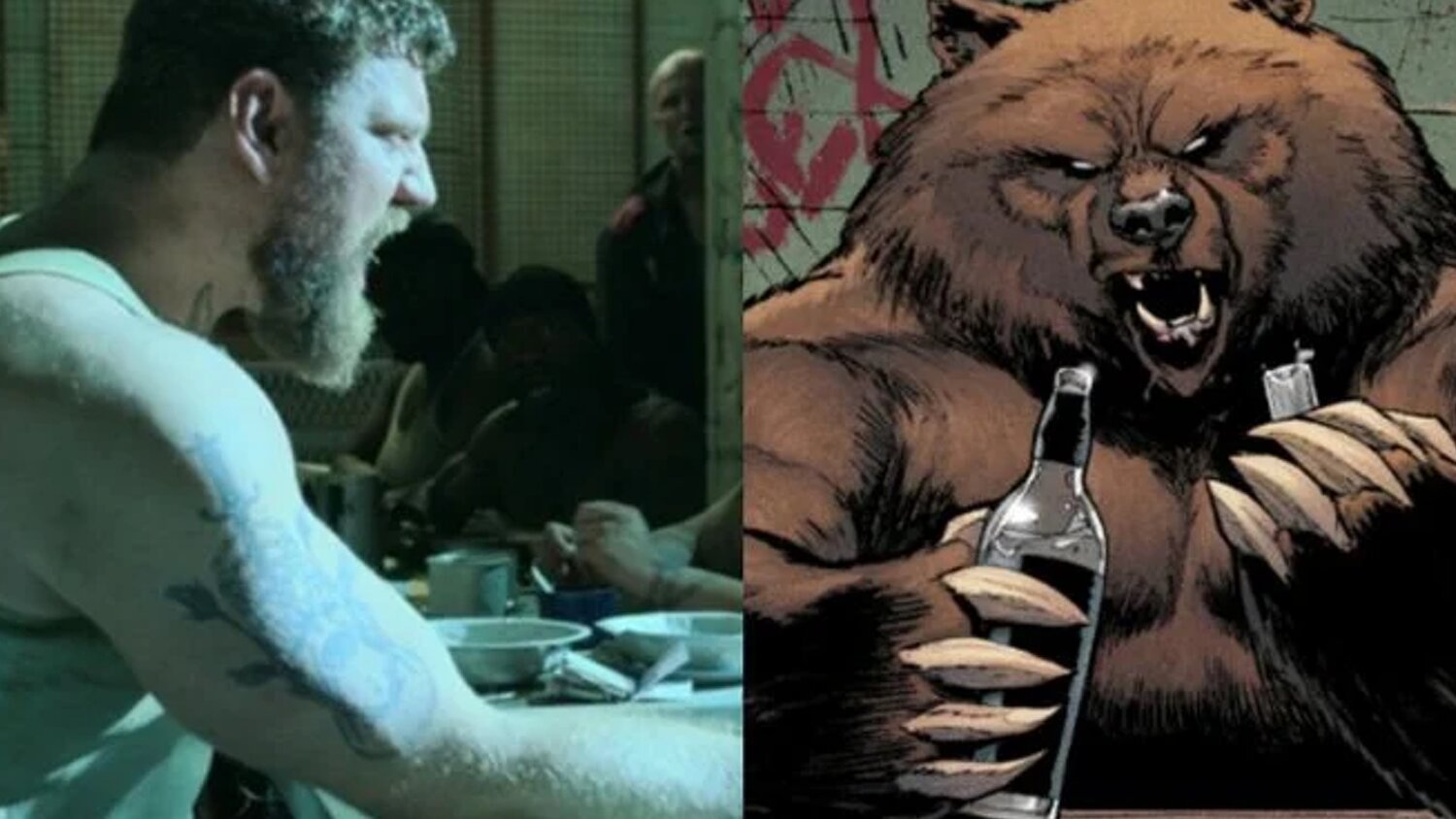 The First Mutant Character in the MCU URSA MAJOR Debuted in BLACK WIDOW.

Since Disney acquired the rights to the X-Men through their acquisition of Fox, we have known that the X-Men and mutants would inevitably work their way into the MCU at one point or another. Well, it turns out that the first mutant character was introduced in Black Widow.

Actor Olivier Richters played the character Ursa Major in the film, a mutant character who can turn into a bear, the character made a brief appearance in the scene with Red Guardian in prison, as the two have an arm-wrestling match and Red Guardian breaks his arm. While he didn’t turn into a bear in this scene, Richters hope that we get to see Major again down the road and hopefully, with his mutant abilities.

Richters shared in an Instagram post, “Marvel Black Widow is out! After two years I can finally tell who my character is: Ursa Major: the first mutant (X-Men) to appear in the Marvel Cinematic Universe (SWIPE photos). Ursa is part of the Winter Guard, noted for being ‘Russia’s answer to the Avengers’. His power transforms him into an incredible bear, transcending The Hulk in size. Ursa appears many times in the comics fightning Wolverine and The Hulk. When production on set told me who I really was in Black Widow I let some tears in my hotel room, because my movie dream became true: being a official comic super Hero. I can only hope Marvel will bring back Ursa in full form.”

In the comics, Mikhail Ursus was one of the first known mutants born in the Soviet Union that survived past childhood. Until that time, the Soviet government would terminate all mutants as soon as they manifested signs of their powers. Mikhail was abandoned in the mountains at a young age and grew up amongst the animals and it’s presumed he used his shape-shifting powers to survive.

A scientist named Piotr Phobos made efforts and showed the government the potential of superhumans, or mutants… as a servant of the state Phobos opened a private school to train mutants… sound familiar? Mikhail Ursus was one of the first of many to be trained by Phobos. Phobos was secretly siphoning energy from his students to give themselves powers of their own which the second Red Guardian discovered and it led to a fight in which Phobos ended up going into hiding.

Mikhail, Darkstar and Vanguard, Phobos’ three best trained students were reunited and organized by the government into the team Soviet Super Soldiers. This is where Ursus earns his code name Ursa Major. After severing their ties with the Soviet government, seeking Captain America’s help to seek political asylum although this leads to another altercation with the Supreme Soviets, they eventually do manage to come out of it all and take on new members which leads them to become known as the WInter Guard who is a team of Russian superheroes that is noted as Russia’s answer to the Avengers.