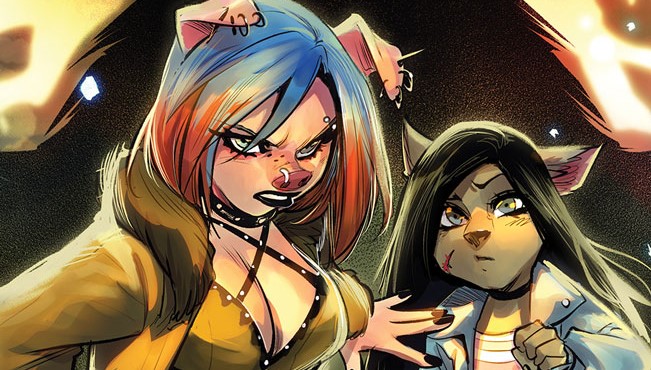 Image Comics has announced that Mirka Andolfo‘s first blockbuster series Unnatural is returning three years later to bring more adventures for Leslie and Khal. The new arc, Unnatural: Blue Blood will be written by Andolfo and will be illustrated by artist Ivan Bigarella. The ten-issue series will arrive this May.

The publisher’s description for the new arc reads:

“Unnatural: Blue Blood, a few years have passed since Leslie saved the world from hidden dangers and came to understand her true nature in the process. Everything seems to be working out—and not just for Leslie and her newly formed family, but for the rest of the world as well.

But appearances can be deceiving. A new threat is about to disrupt Leslie’s peaceful existence, and once again, her life will never be the same.”

Unnatural: Blue Blood #1 will be available at your favorite local comic shop or digitally on May 11th, 2022. Check out the covers and preview below: