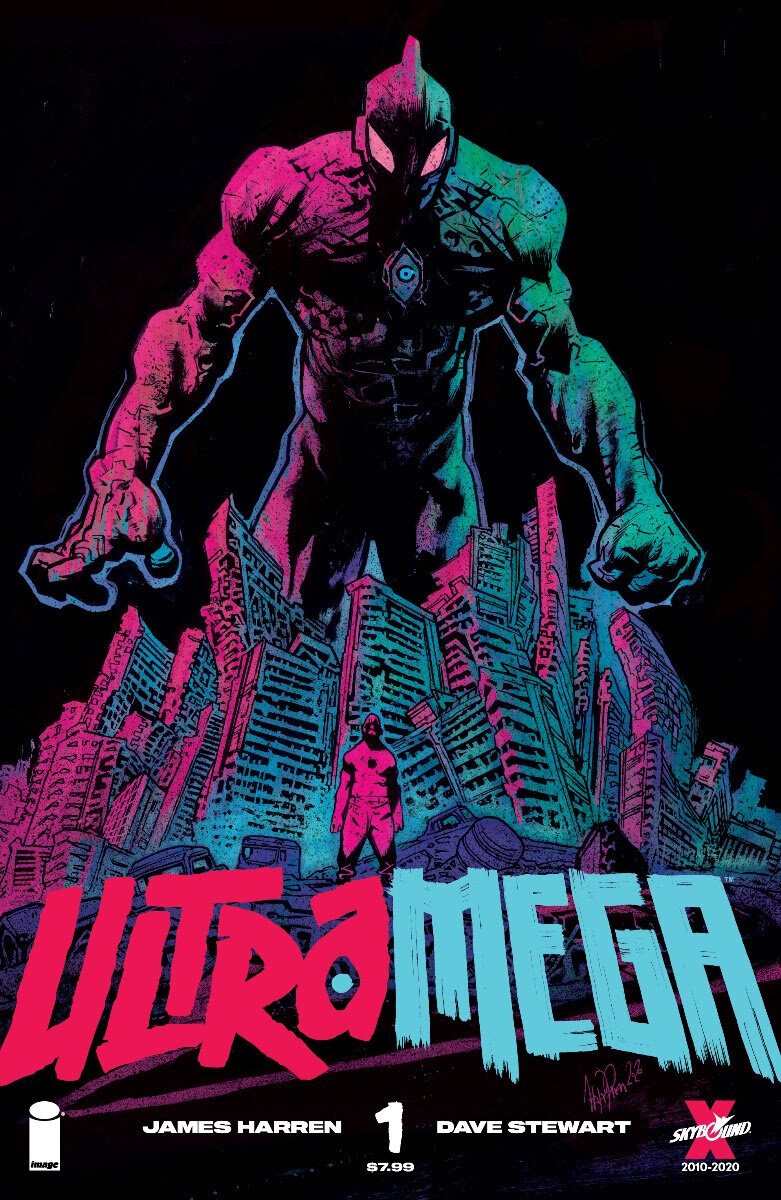 Image/Skybound Entertainment is bringing us some kaiju action in March, with new series Ultramega by writer James Harren and featuring the talents of multiple Eisner award winning colorist Dave Stewart.

The debut issue of the new series, which will be 68 pages, is worthy of the colossal monster action it looks to be packed with.

here are some words from creator James Harren: “I hope readers appreciate an honest stab at making visceral, surprising, and bizarre comics,” said Harren. “It’s a celebration of the kinds of books I grew up reading—comics that move and curse and bleed. Skybound has given me the unbelievable privilege to play and experiment—and with any luck, deliver a book that doesn’t look like anything else. And Dave Stewart’s there to hit home runs and make the world a better place with his color art.“

Ultramega #1 will be available at comic book shops on Wednesday, March 17.

Ultramega #1 will also be available for purchase across many digital platforms, including Amazon Kindle, Apple Books, comiXology, and Google Play.

In this article:image comics, kaiju, skybound entertainment, ultramega
Up Next: