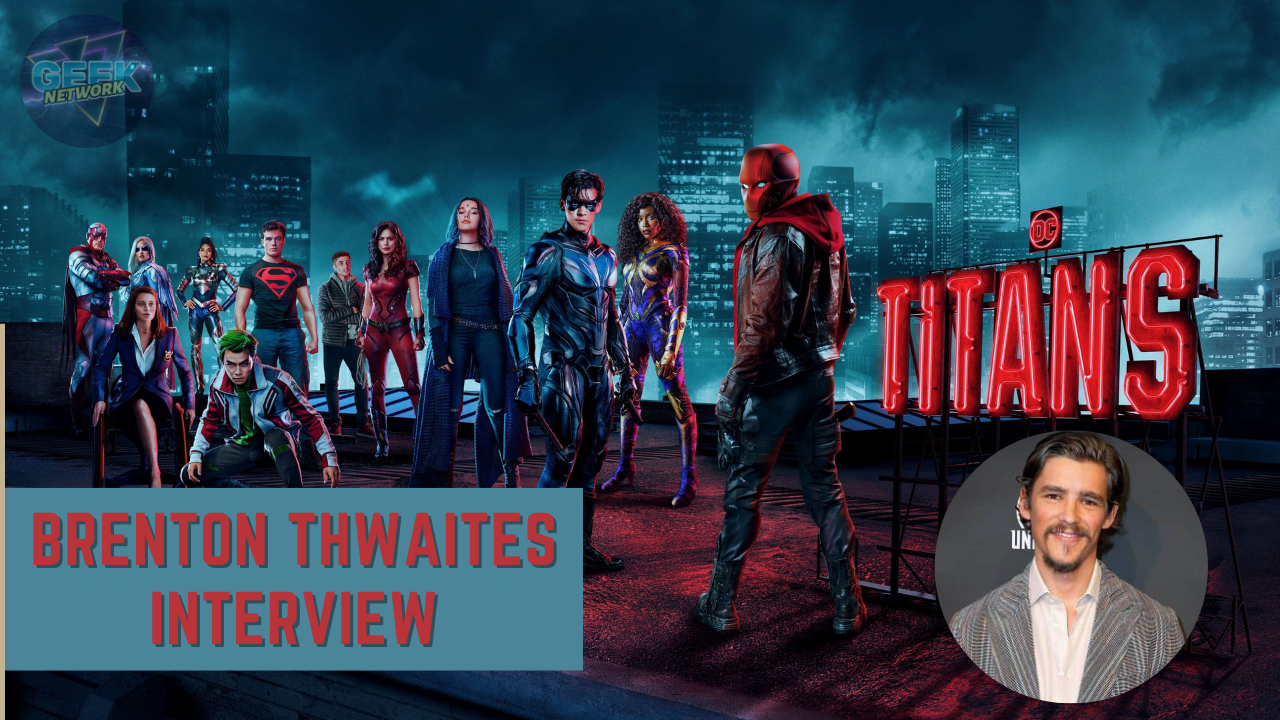 The DC Universe series, Titans has been a refreshing take on the group of DC superheroes. The Titans have had great runs and arcs in the DC Comics line and I am sure we can all agree that Teen Titans Go! is an absolute gem. The live-action adaptation of Titans has taken our beloved group and created a universe that is much darker, grittier, and implements real issues that fans can connect with on levels we have been able to before.

With three seasons officially in the books after last Thursday’s finale and a fourth season on the way. We have seen the Titans band together, take on Deathstroke, and most recently head to Gotham in Batman’s absence to deal with the deadly team-up of Scarecrow and Red Hood. All throughout these three seasons, we have seen Titans members come and go for many different reasons, and we have also witnessed some captivating origin stories and standalone plot points that give every character in the series the spotlight at one point or another.

Actor Brenton Thwaites portrays Dick Grayson/Nightwing. This is our first live-action adaptation of Nightwing and seeing his growth from Robin into the leader of the Titans has been something lacking in the DC Universe and we are some lucky fans to be the ones who get to experience it firsthand.

We had a chance to speak with Thwaites about his portrayal of Nightwing and we also talked about the high-octane season 3 of Titans.

When asked about his feelings towards bringing Nightwing to life on the small screen, Thwaites shared:

“It makes me feel like I’m doing my job.” He went on to say: “I feel like if I was to play any superhero, it’s a good fit for me. It just kind of it brings to the screen a lot of my natural strengths which I can only ask for. As versatile as I like to think that I am I think that Dick Grayson, and especially in Titans, there’s a lot of elements to myself, kind of parallel in that character that– yeah, I think we do really well.”

When asked about how Hawk’s death in season 3 and what Alan Ritchson‘s departure means for the set/cast and crew:

“Alan brought a lot to the show. He was a senior member of the Titans for three seasons and a big part of its success and so losing him was hard, I think, for everyone. However, just in the tone of the show and the style of what we’re doing, we’re all fighting these supervillains and in extremely dangerous situations all the time. And in order to make that believable, I think it’s important to have some of the consequences returned home to lose some colleagues, to lose some peers. So, I think it was necessary.”

Thwaites shared his thoughts on season 3 and the finale:

“Well, as you guys have seen so far, Titan season three has been about us pairing off into smaller teams and chasing kind of more individual tasks to complete the common goal of dealing with Crane. And basically, Crane tries to outsmart us by setting multiple different traps and we have to learn to work together to put out those separate fires that he has spread all around Gotham. So, season three we just see a development of that of trying to work together to kind of stop bombs and put out fires literally and kind of work out what game that he’s trying to win. But at the same time, we’re trying to collaborate with Red Hood again. And dealing with things like redemption and forgiveness and trying to figure out how we learn to accept help from Red Hood without including him in the Titans again.

So, he becomes an integral character in the finale and someone that we really have to learn to work together with. But with this horrendous thing that he’s done in episode Three by killing Hank, we were basically as a team confronted with that challenge, what do we do with Red Hood? So, there’s a lot of things happening separately in the finale that end up coming together quite well, and a lot of them which I think is great unanswered.

Some of them, certain storylines and themes that will take us into season four. Like the Red Hood thing, you guys will see when you see the finale but it’s something that just can’t be answered in an episode and that relationship can’t come to a close. It’s something that will take kind of hopefully seasons to kind of explore and to develop and to kind of explore that gray line of collaborating with the villain essentially. Yeah, I hope you enjoy.”

Titans is available on HBO Max and has just concluded its season 3 final on October 21st. A season 4 order has been confirmed and we can expect to get more news on that in the following months. What are your thoughts on seeing Nightwing on the small screen?