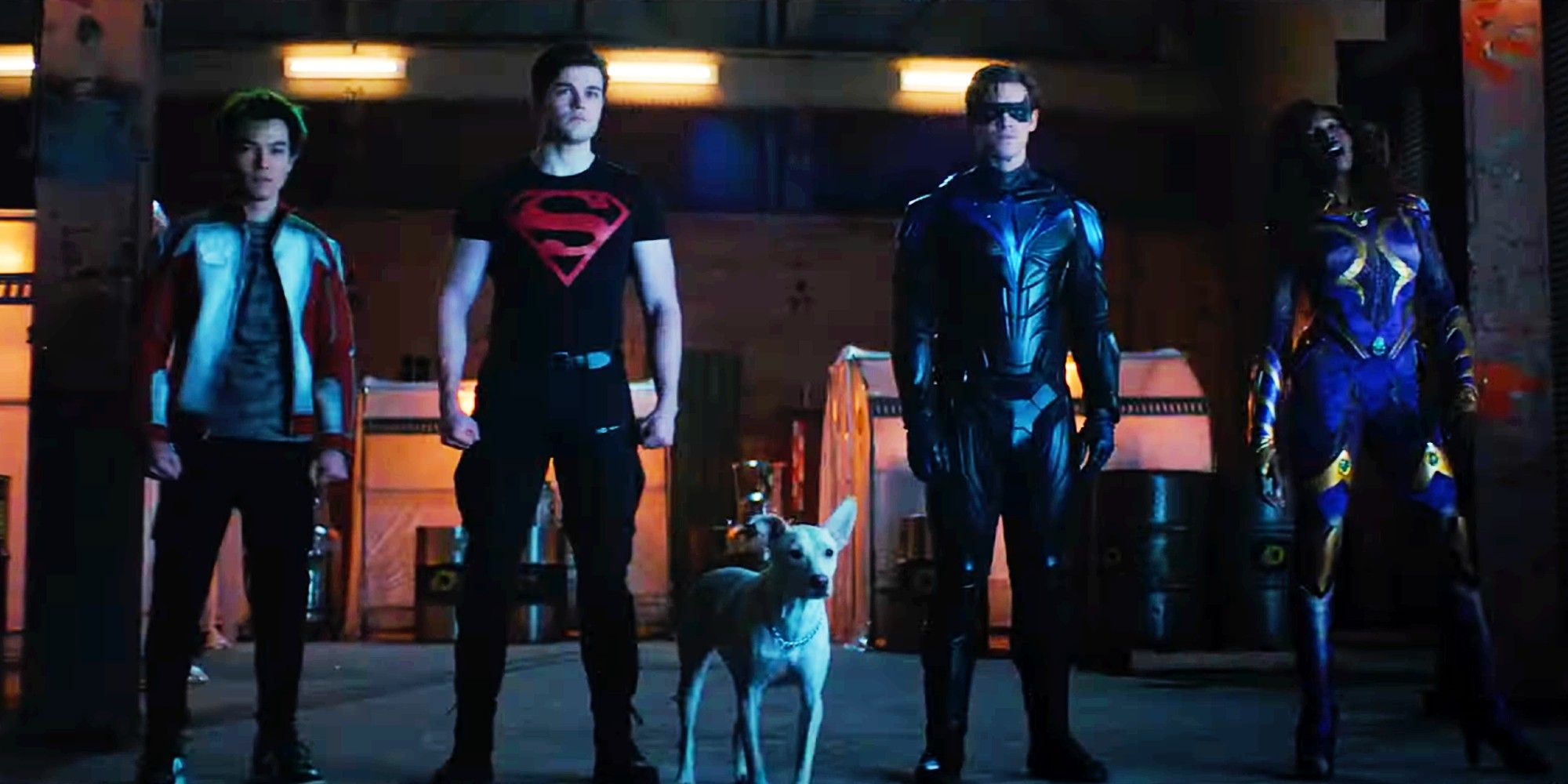 HBO Max has released the first teaser trailer for DC’s Titans Season 3, and it gives us a glimpse at what’s in store for these superhero characters. “a city that breeds a special class of criminal.” It looks like Jason Todd might be getting the crowbar treatment from The Joker.

The new season will introduce Savannah Welch as Barbara Gordon, Jay Lycurgo as Tim Drake, Curran Walters as Red Hood, and Vincent Kartheiser has been cast in the role of Jonathan Crane, a.k.a Scarecrow.

Titans showrunner Greg Walker also recently shared how this season will differ from the previous two, saying, “This is how this season is going to be different, I think in a lot of ways. It ultimately ends with them figuring out a way as a team. It ends optimistically. I think the world that we live in right now, especially the way the Titans can be, we kind of beat ourselves up for our past sins. It’s nice to be liberated. We have a character named Dove who is going to point in the direction we’re going to go. It takes them a long time to follow her advice. Ultimately finding a way to get off the hamster wheel. To stop doing things the way we’ve always done them and find a new way. That, they have to figure out how to do collectively.”

Here’s the synopsis for Titans:

In this action-packed, live-action series, Dick Grayson, aka the former Robin (series star BRENTON THWAITES), emerges from the shadows to lead a band of new heroes – including Starfire, Raven, Beast Boy and others. DC UNIVERSE’s first original series follows this group of young heroes as they come of age and find belonging in a gritty take on the iconic Teen Titans franchise. In the groundbreaking first season, Dick meets Rachel Roth aka Raven (series star TEAGAN CROFT), a young girl with special abilities brought on by a mysterious darkness inside of her that she struggles to control, and together, they find themselves embroiled in a conspiracy to bring about Hell on Earth. Joined by the mysterious Kory Anders aka Starfire (series star ANNA DIOP) and loveable Gar Logan aka Beast Boy (series star RYAN POTTER), these lost and disparate individuals become a surrogate family to one another and a team of heroes for the world.

Titans Season 3 is set to premiere on August 12th.