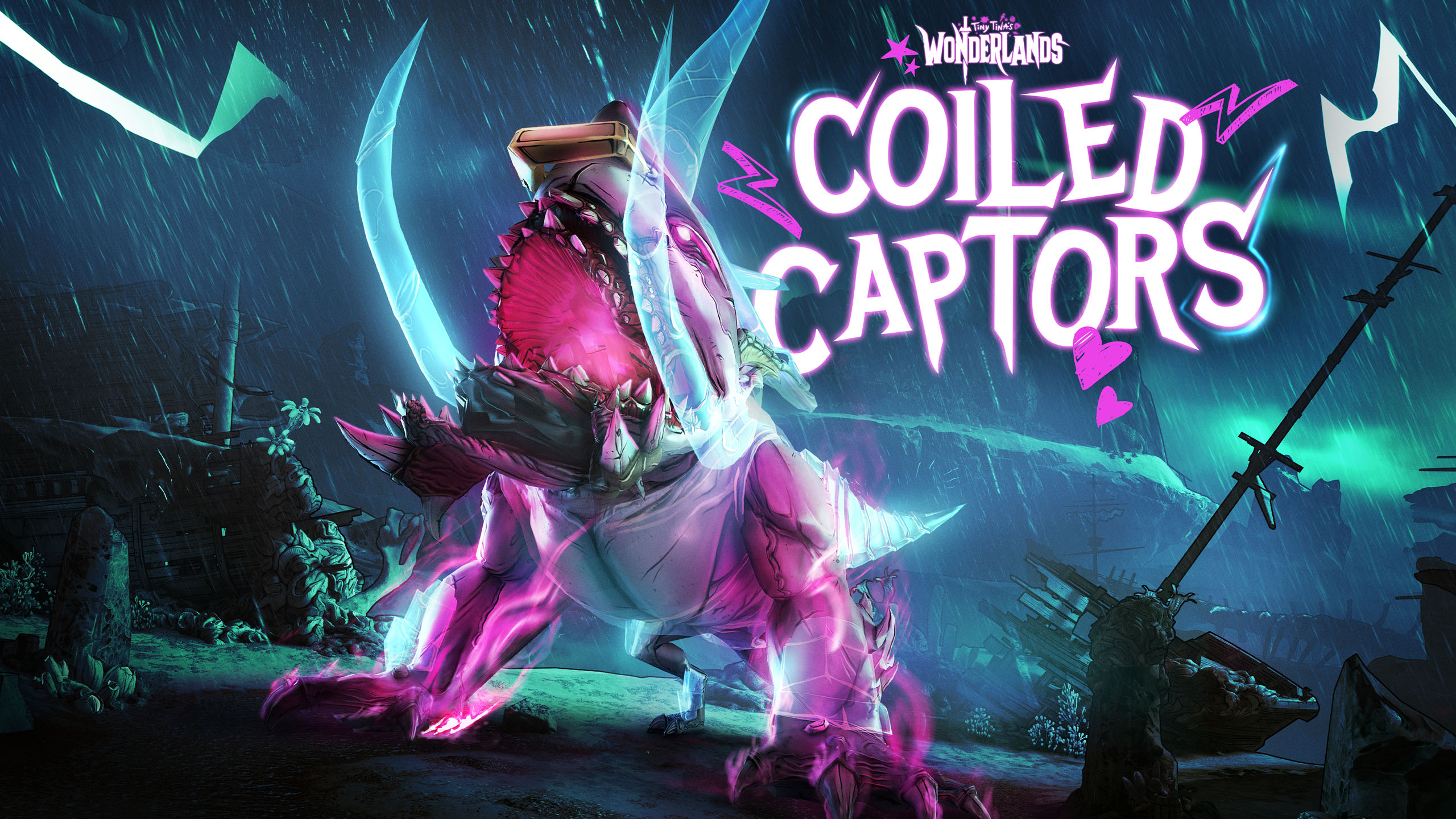 Gearbox has revealed a trailer for the upcoming DLC to Tiny Tina’s Wonderlands. The new expansion titled Tiny Tina’s Wonderlands: Coiled Captors brings more content just a few weeks after its release. The trailer showed off snake creatures that seem to be the focus of this new locale made up of icy terrains and plenty of new enemies to defeat.

The trailer shows players more of the wackiness that the base game has provided fans and along with the new expansion comes a new frozen dungeon as players attempt to free the “mad god.” Gearbox also confirmed that each week will come with an evolved challenge bringing powerful gear, new cosmetics, and much more.

Tiny Tina’s Wonderlands: Coiled Captors is available on PlayStation 5, PlayStation 4, Xbox Series X/S, Xbox One, and PC as of today. Check out the trailer below: