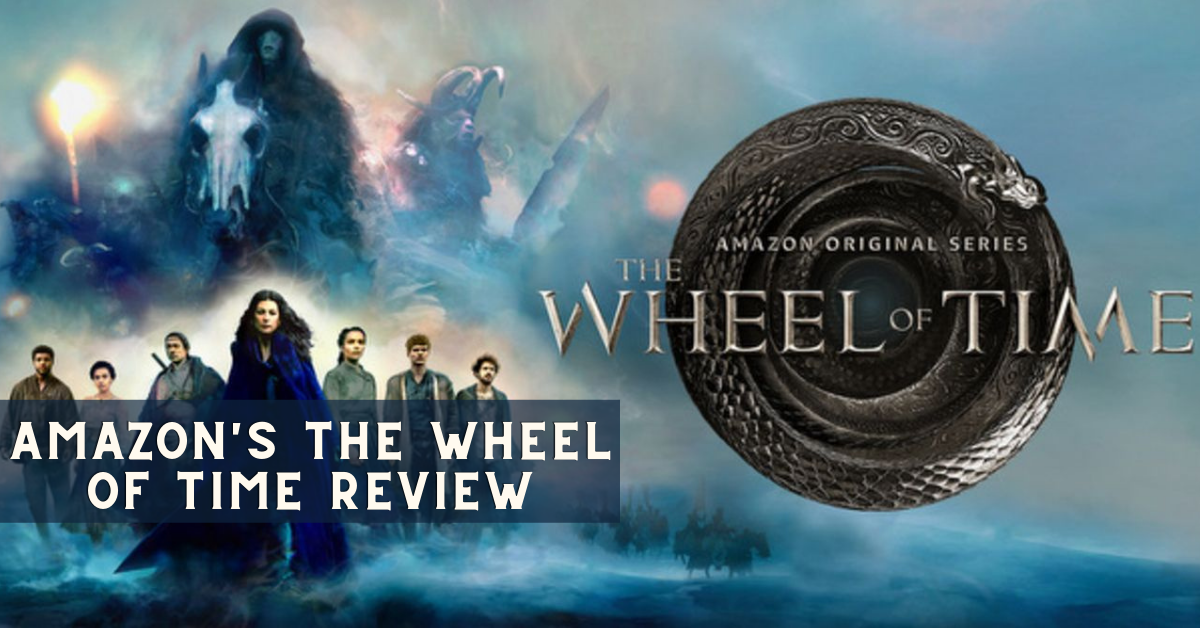 THE WHEEL OF TIME Review: An Ambitious And Magical Adaptation Of The Iconic Novel Series – Review of premiere episodes 1-3

Game of Thrones is one of those iconic series based on an equally iconic book series that will never be able to be replicated. Going back a few years, Jeff Bezos asked Amazon Studios to develop the next Game of Thrones, and although it is a task that personally I don’t think can be accomplished by Amazon or any other production company, Amazon did the next best thing and took a bigger, more expansive book series and created a series that is not Game of Thrones but rivals it in the expansive universe they are aiming to create and bringing fans a fantasy series that will bring some real TV magic to your home in The Wheel of Time. Robert Jordan‘s novel series expands 14 novels some of which had to be finished after Jordan’s passing by Brandon Sanderson who wrote the final three novels. As grand and iconic as the novel series is, Amazon Studios aims to bring magic and spectacle to their series adaptation and honor the mix of the Tolkien inspiration and infusion of numerous elements from different mythology, religious concepts, and respect for nature.

The series delivers us a cast that is as vast as the world they are building in the series’ first season. With a young cast full of rising stars led by the talented Rosamund Pike, the series delivers a very strong start that will leave you with plenty of intrigue about what the future holds for this series and our characters not only in the remainder of the season but for many seasons to come. The series delivers some very impressive visuals that put the reportedly $10M dollar per episode budget to great use with some great blending of CGI and practical effects that elevate the visuals to a more than respectable standard.

Series showrunner Rafe Judkins is not only giving us bells and whistles here. He delivers a series that delves into the source material at a level that shows how much he understood and studied it all while showing the courage to make creative changes to his liking and in my opinion the benefit of the series. For those avid book readers, you will see that for the most part, the premiere episodes stay in line with the first novel of the series, but Judkins will spin the wheel of time and present you with altered scenes and bring in characters that otherwise we may not have met until further down the line, but as a reader of the novels and now a huge fan of the show. Embrace the changes as what Judkins spins and alters all fits quite well into the universe and general narrative of the series.

In the Wheel of Time, “Set in a sprawling, epic world where magic exists and only certain women are allowed to access it, the story follows Moiraine (Rosamund Pike), a member of the incredibly powerful all-female organization called the Aes Sedai, as she arrives in the small town of Two Rivers. There, she embarks on a dangerous, world-spanning journey with five young men and women, one of whom is prophesied to be the Dragon Reborn, who will either save or destroy humanity.”

The series kicks off with a brief explanation of men who are led by a magic us called the Dragon who tried to imprison the Dark One many years ago but failed. This broke the world and left us with women magic users which we now know as Aes Sedai. The Aes Sedai Moiraine who is portrayed by Pike believes that the Dragon has been reborn and this leads her to set off on a quest to find him as the Dark One moves closer in the search for the Dragon as well. This leads us to Two Rivers where we meet the rest of our main cast as Moiraine finds four young settlers who could potentially be the Dragon reborn. After a brutal attack on their village, Moiraine displays some incredible power as she attempts to help the village and leads her to go on the journey with these potential Dragon reborn suitors trying to wrap their head around what has occurred and whether they choose to believe the fate they may be destined for. The writing team delivers more meat and potatoes in regards to the ensemble of characters as they dig a bit deeper into their backstories and fuel the reason for their departure in a more detailed manner.

As Pike leads the ensemble of rising stars in Josha Stradowski who plays Rand al’Thor, who is a solemn, but charismatic young man that languishes over the girl he loves that just happens to have joined this new adventure. That young girl that has Rand pining over her is Egwene al’Vere who is played by Madeleine Madden is an ambitious soul and although she clearly shares the same feelings Rand does, she seems to answer to the call of a higher purpose and chooses the path of magic and power even at the cost of a life together with Rand. The group is almost completed as next we have Mat Cauthon played by Barney Harris who is a witty, and humorous introduction to the cast as he is almost immaturely charming, yet his home life is no picnic and he carries the weight and responsibility of his family, more specifically his sisters on his shoulders. We next have Perring Aybara who is played by Marcus Rutherford, a strong young man both physically and emotionally who is slowly wrapping his head around this adventure he’s been pulled into after a traumatic event during the attack on the village shakes him to his core. Lastly, we have Mandragoran who is played by Daniel Henney. A somewhat reserved companion to Moiraine in a body-guard type role, but it remains to be seen what path his story leads in the series, but for those of us versed in the novels, we know there is much more to Mandragoran than we initially see.

With other entries in the realm of magic and more coming along the way, The Wheel of Time has established its own identity by staying true to the source material that captured audiences during its novel run and taking chances with its own creative flair. At only three episodes in, I have already been pulled into a new world that is captivating, entertaining, and embracing the genre. The series gives us strong performances from the entire cast and the creative team behind the series has shown that they are well versed in Jordan’s Wheel of Time series, but will not shy away from creative changes or additions that they feel might benefit the series adaptation. With time, this series could definitely reach the fandom of something along the lines of Game of Thrones, but it’s great to see that they are doing it on their own terms and not following in the footsteps of another series, but laying the groundwork for their own. With plenty of action, magic, and twists. The series shrouds itself in mystery that left me longing for more after three episodes. This series is set to weather fans both returning and new and will channel its unique charm as it aims to take on the test of time as its story unfolds.

“The Wheel of Time” premieres its first three episodes Friday, November 19 on Amazon Prime Video. New episodes will be released weekly, with the Season 1 finale debuting on December 24th, 2021.

Source: The Wheel of Time/Prime Video