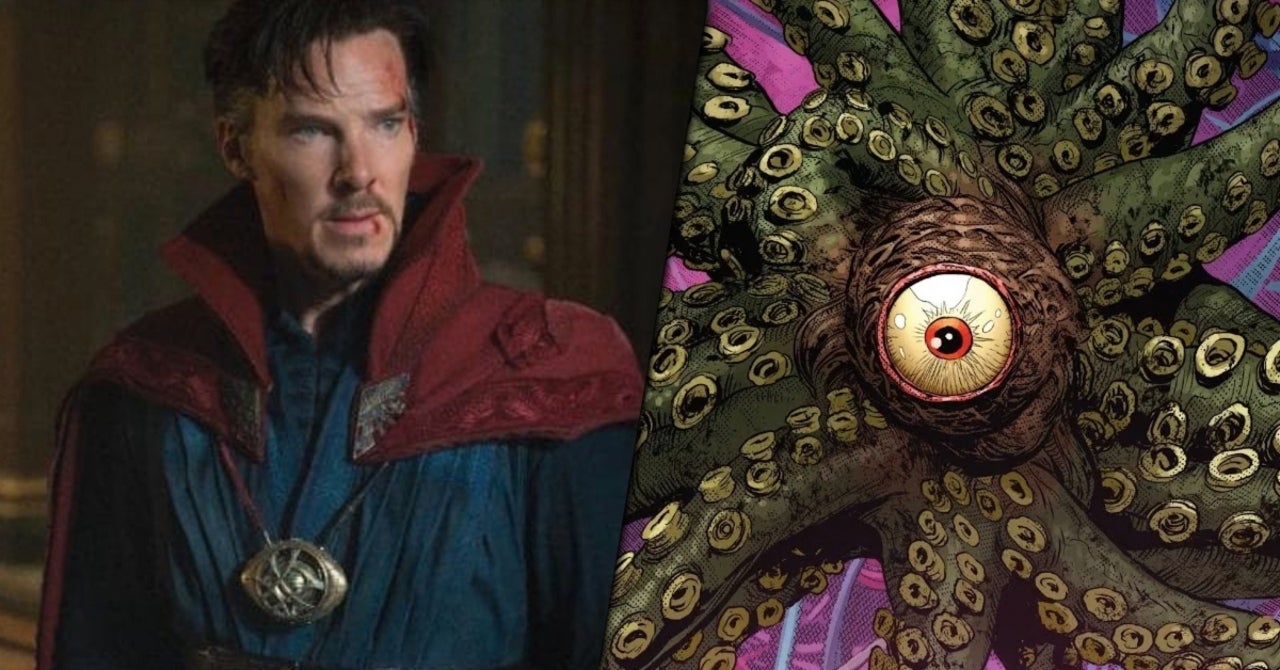 A new report has surfaced regarding Marvel’s Doctor Strange in the Multiverse of Madness and the reveal of the villain in the upcoming Marvel sequel.

The movie is being helmed by Sam Raimi, and The Illuminderdi claims to have confirmed that the villain of the story will be Shuma Gorath. Recently, Marvel insider Daniel Richtman shared on his Patreon account that Marvel is planning on using the villain Shuma Gorath in an unspecified future Marvel project. The Illuminderdi says that they can “now confirm that Shuma Gorath is set to be the primary antagonist in 2022’s Doctor Strange in the Multiverse of Madness.”

They go on to report that “Shuma Gorath’s placement in the film is directly connected with Xochitl Gomez’s America Chavez.” It’s explained that in the movie, “Shuma Gorath is going after Chavez because he wants her powers to have complete control of the multiverse.” Chavez’s powers include being able to open doors to alternate realities. So it seems that America Chavez’s role in the story could be bigger and more important than we thought.

Shuma-Gorath is a green tentacled cyclops extra-dimensional god known as the Old Ones, and rules over hundreds of dimensions. He is one of the most powerful and terrifying adversaries of Doctor Strange, and it’s seemingly impossible to permanently destroy this evil god. For those of you not familiar with the character, here is a detailed breakdown of its powers and abilities:

Shuma-Gorath is most powerful in its home dimension as it is omnipotent in every sense of the word, being the realm itself. It is not quite as powerful in its lesser realms and even less so in a realm not belonging to it, yet even in one of its lesser realm its power was stated to make the powerful demons Mephisto and Satannish look like “mice in a great temple”.

Shuma-Gorath is able to travel dimensions freely, invading alternate dimensions and conquering then absorbing them. Shuma-Gorath has revealed that it is ruler of hundreds of dimensions including The Cancerverse.

Shuma-Gorath can phase through objects, levitate, turn into liquid and shape shift into any form it so desires. It also has incredible reality warping powers; however the full scope of its reality warping ability is still unknown.

Shuma-Gorath has incredible telepathic power and can communicate with and control minds from dimensions away. It can also lend its power to other entities or sorcerers if it so desires. Shuma-Gorath has also been shown to summon hordes of demons to attack enemies if it does not feel like going through the trouble doing the job itself.

Shuma-Gorath has been shown to shoot energy blasts either from its gigantic eyeball or its tentacles. Shuma-Gorath has no real weaknesses to speak of and has only been harmed by the most powerful magic spells and cosmic abstracts. It is unknown whether it can actually be destroyed permanently seeing as how it reformed after what appeared to be certain destruction.

It also has a rubbery and armored hide giving it additional defenses from attacks. Shuma-Gorath’s intelligence pushes omniscience and it could possibly rank among the smartest entities in the Marvel Universe.

Shuma-Gorath’s power is so formidable that it has a variety of chaos lords and other such gods, demons, and sorcerers that willfully do its bidding.

Benedict Cumberbatch will his role of Doctor Strange, and he’ll be joined by Benedict Wong and Chiwetel Ejiofor who will reprise their roles as Wong and Karl Mordo. Elizabeth Olsen‘s Scarlet Witch, aka Wanda Maximoff, will also play a big role in the story.

Doctor Strange in the Multiverse of Madness will debut in theaters on March 25, 2022.