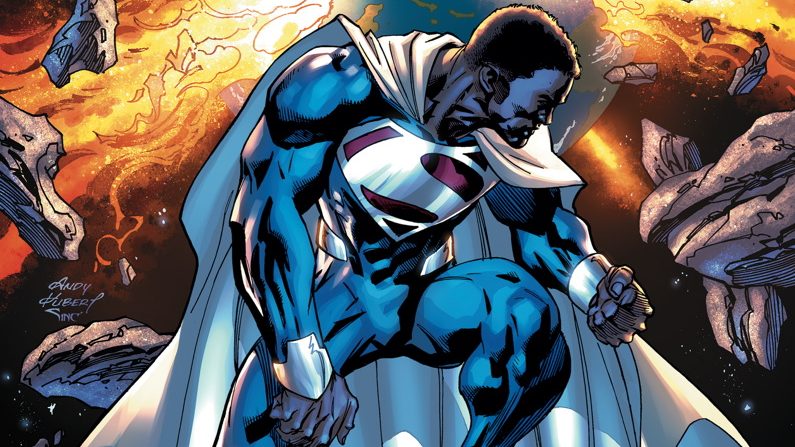 The previously unnamed Superman project hat comes from Michael B. Jordan which is now titled Val Zod, has found its writers. The HBO Max adaptation will be scripted by Darnell Metayer and Josh Peters who recently penned Transformers: Rise of the Beasts. The project is being produced by Jordan, Elizabeth Raposo, and Stefano Agosto and although the word is that Jordan may star in the role, it has not been confirmed.

In the comics, Val-Zod donned the mantle of Superman thanks to the DC multiverse on Earth-2 and was introduced during the New 52-era by creators Tom Taylor, Nicola Scott, and Robson Rocha, with his first appearance in 2014’s Earth 2 #19. He possesses the same powers as Clark Kent/Kal-El, hailing from the same planet of Krypton, and finds refuge on Earth. At one point, he even battles an Earth-2 version of Superman that has been brainwashed by Darkseid, although this is later revealed to be a clone of the original Kal-El.

DC and Warner Bros have put many projects in motion focused on HBO Max premieres with the upcoming Black Canary film that has Jurnee Smollett reprising her role from Birds of Prey, The Batgirl film starring Leslie Grace which also recently added Brendan Fraser to its cast in the role of the film’s villain (Rumored to be Firefly) along with the Blue Beetle project that will star Cobra Kai‘s Xolo Maridueña. DC and Warner Bros look to shine a light on riskier characters in the DC lineup through this formula of lower budget HBO Max premiere films, but fans will most likely be the ones who benefit from this as the DC Universe seems to be immensely growing at the convenience of their home with streaming platform premieres.

What are your thoughts on the upcoming Val Zod project?