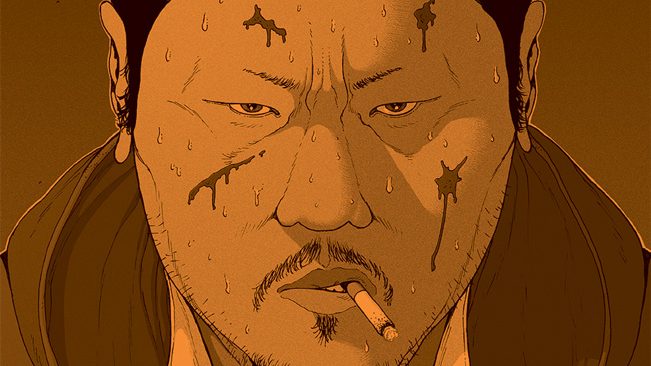 Hot new series A Righteous Thirst For Vengeance by New York Times bestselling writer Rick Remender (The Scumbag, Deadly Class, Black Science) and artist André Araújo (Generation Gone, Man Plus) has sold out completely at the distributor level. Image Comics will rush this exciting debut issue back to print in order to keep up with rapidly growing reorder activity.

“The wonderful art of Mr. Araújo gave me the confidence to make the type of book I’ve wanted to make my entire career,” said Remender. “It makes us both so happy that people are enjoying it.”

Araújo added: “We invested a lot in our storytelling approach, creating a methodical, slow-burning and mysterious narrative. With both critical and commercial receptions being this exceptional, comes a great sense of reward in finding such a large readership so eager to join us.”

In A Righteous Thirst For Vengeance, when an unassuming man stumbles upon a dark-web contract assassin’s vicious plot to kill an innocent target, he turns himself into one. The Professional meets Road to Perdition in this story of a family’s unlikely guardian being hunted by rich and powerful men who are used to getting away with everything.

A Righteous Thirst for Vengeance is also available for purchase across many digital platforms, including Amazon Kindle, Apple Books, and Google Play.