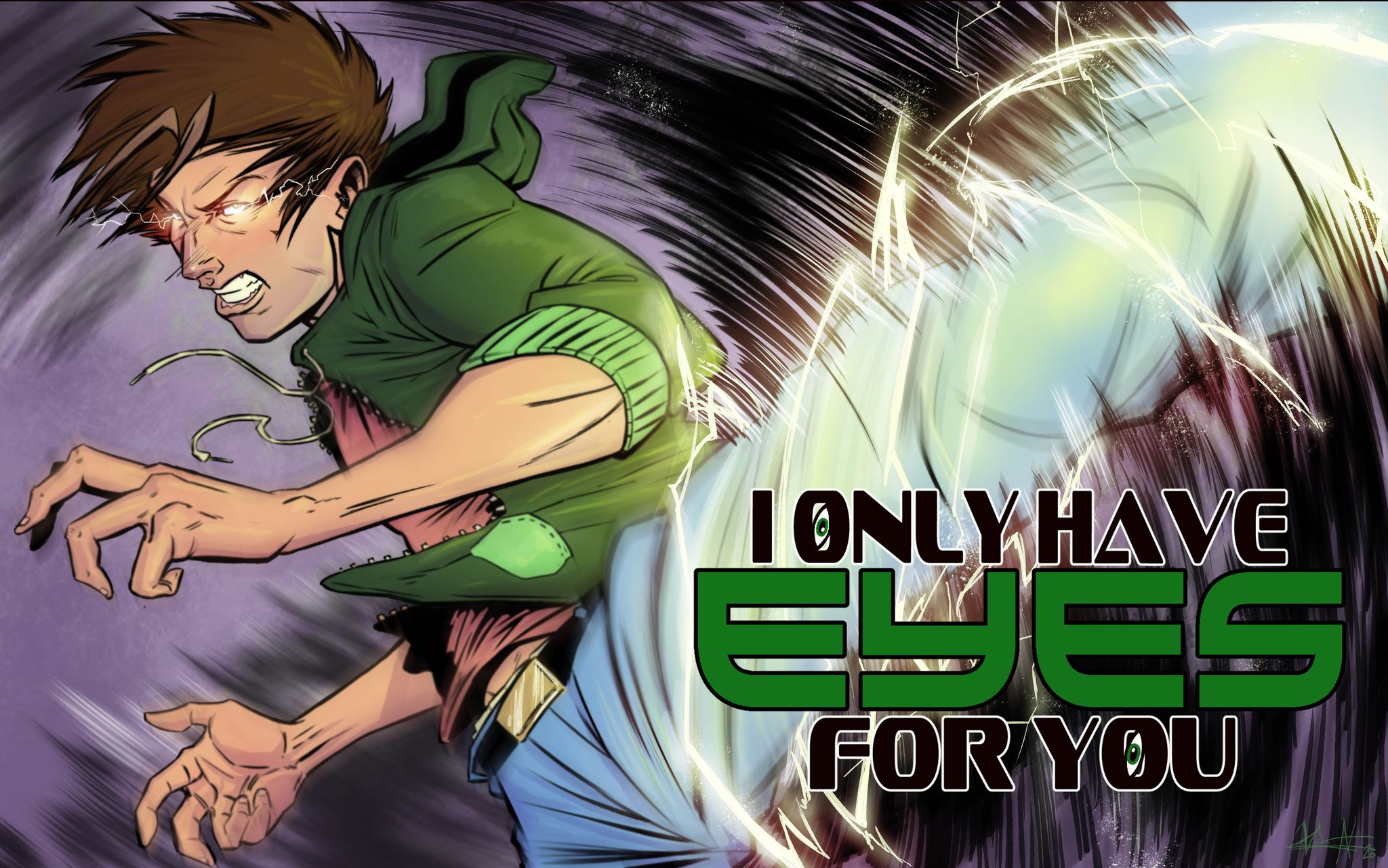 I ONLY HAVE EYES FOR YOU Is A New Comic Series Coming From Finger Guns Writer Justin Richards – The beginning of the newest superhero universe starts here!

A new creator-owned series titled I Only Have Eyes For You is on the horizon from writer Justin Richards who brought us the heart-wrenching hit mini-series Finger Guns from Vault Comics and his most recent project that he successfully funded on Kickstarter A Silent Night, a comic zine collaboration from some of the biggest talent in comics focused on learning how to live with depression and anxiety. The new series is coming via Kickstarter in early November and is set to be the start of what we hope will introduce us to a new universe full of superpowers and how these powers can influence the type of hero… or villain you are.

In I Only Have Eyes For You we meet our protagonist Lincoln “Linc” Little, “who’s always dreamed of being a superhero. As a kid, he had incidents that showed he indeed has powers, but they were more destructive than helpful and never repeatable. This is because his powers are secretly tied to one particular person who no one knows is this world’s greatest threat We’ll follow Linc as he learns more about his powers, what their limits are, and what the hell is going on with a particular being he sees every time his powers activate.”

We have our suspicions at who this particular threat may be and in our talks with Richards, it may be a reveal shrouded in mystery, but the promise of the reveal seems to be well worth the wait! In what seems to fall in the vein of the superhero universes we love, Richards aims to bring his own touch and flair to the genre and create a universe that spans as wide as his creativity. Those familiar with Richards work know that he has the ability to turn a simple story or genre into an ingenious take while always managing to touch on real issues and shedding light on important topics that many readers may resonate with on some levels.

From our preview of the script, we see a tale in the vein of something that fans of My Hero Academia might enjoy, minus the silliness of something you would see in manga or anime. This series also looks to create an original superhero universe that we often find lacking on comic bookshelves. Be sure to visit the project Kickstarter page by clicking HERE to be notified when the project gets launched. This series should be a reward in itself, but as you know Kickstarter projects always come with a ton of fun rewards on top of the project, so we are sure to be in for a real treat with this one! Check out the concept art below and let us know what character you are most excited about.