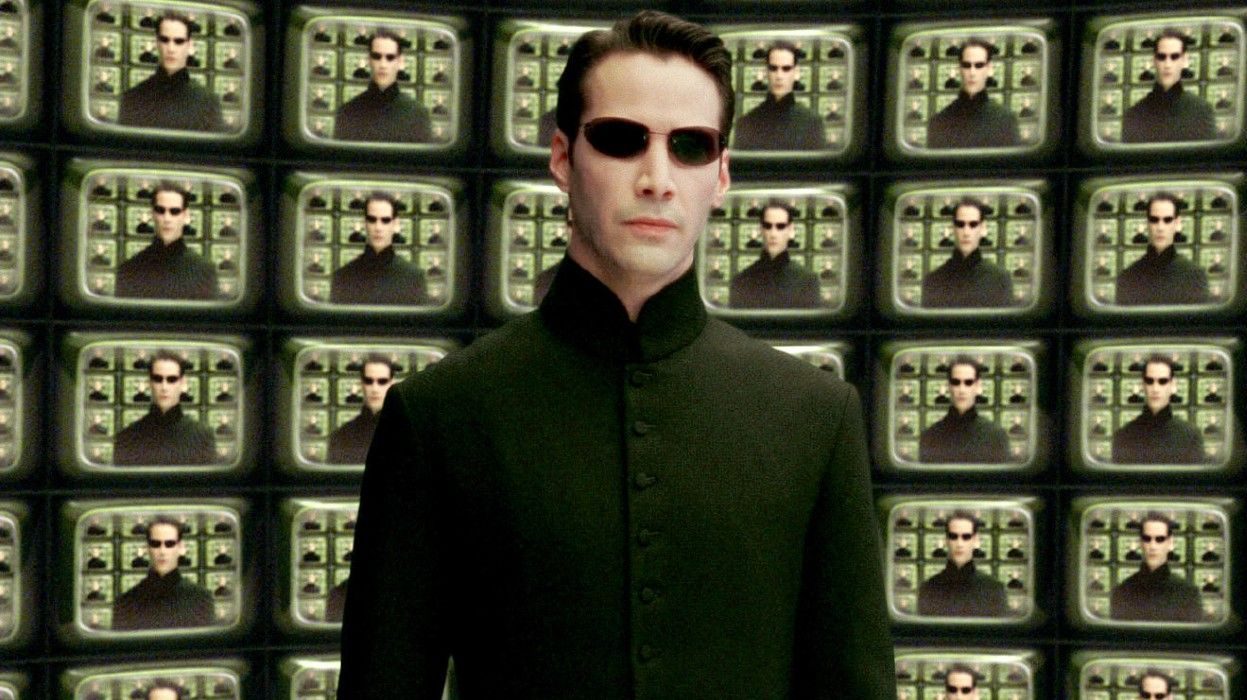 Warner Bros. announced that the title of The Matrix 4 is The Matrix Resurrections. They also premiered the first trailer during their presentation at CinemaCon. Although we weren’t there to witness the glorious footage. There have been plenty of details released regarding the trailer and what it entails.

The trailer opens up with Neil Patrick Harris talking to Keanu Reeves in a therapy session in a future version of San Francisco. It seems that Neo is trapped back in the fake world, much like he was before he entered the Matrix, but he is feeling that something is off, he’s not quite comfortable with where he’s at. Reeves asks, “Am I crazy,” to which Harris responds, “We don’t use that word in here.”

We then cut to a scene where Neo comes in contact with Carrie Anne Moss’ Trinity in a cafe and she asks, “Have we met?” There is obviously something going on here where they are slowly realizing they are trapped in the Matrix, a world where they don’t belong.

There’s a shot of blue pills spilling in a sink, and at the same time, Jefferson Airplane’s “White Rabbit” song is playing. At one point there’s a shot of Neo looking at himself in a mirror and his reflection begins to distort and turn into an old man.

There’s a part where Neo is looking into the sky watching a flock of birds flying around as he tries to analyze it. We then see him in an elevator with a group of people on their phones, and he is looking at the reflection of everyone looking at their screens.

A younger Morpheus played by Yahya Abdul-Mateen II shows up telling Neo that it’s “time to fly” and then hands him a red pill. Neo also meets a person with blue hair who has a tattoo of a rabbit and they end up walking through a mirror.

He ends up in a dojo, which is on a lake, with Abdul-Mateen’s young Morpheus character and he says, “The only thing that matters to you is still here. You’ll never give up.” Then they start to spar, and at one point Neo hits this Morpheus character super hard in the chest sending him flying out of the room.

Throw in some insane action sequences and visual effects that will make you feel like you are in a Matrix simulation yourself and you have the formula for the upcoming entry in The Matrix.

The final shot is of Neo in an office with a man in a business suit who is played by Jonathan Groff. He says, “You’re going back to where it all started. Back to the Matrix.”

The Matrix: Resurrections was directed by Lana Wachowski, and it’s set to release in theaters on December 22nd.