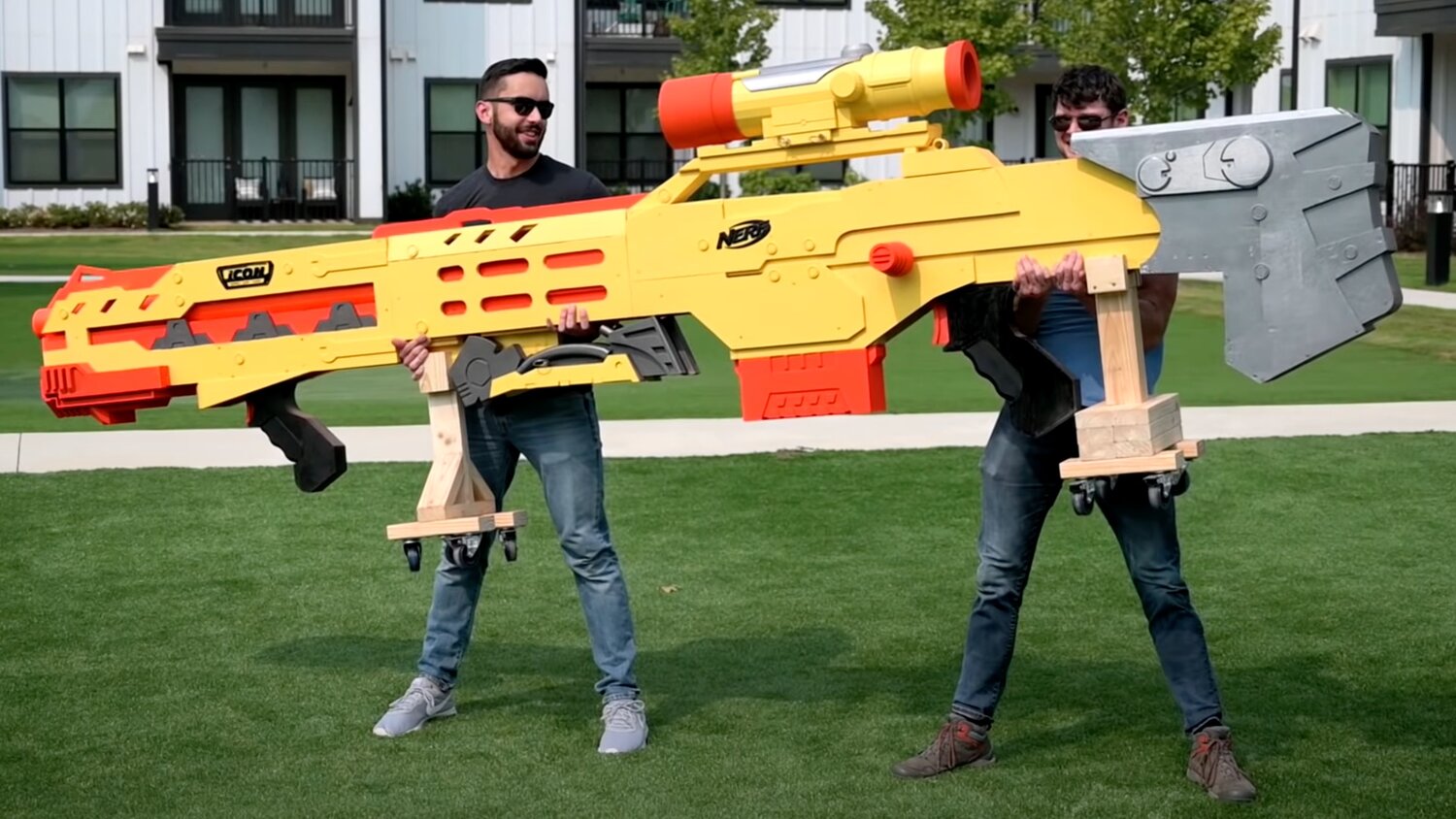 I think we can all agree that Nerf guns can be a hell of a fun time even as adults. Nerf guns have been a rage for as long as I can remember since I was a child, and we’ve all had an arsenal of Nerf guns at one point or another.

YouTuber Michael Pick took it upon himself to build the world’s largest Nerf gun, The gun measures 12.5 ft long and weighs over 200 lbs. The best part about it, though, is that is can fire giant 12″ Nerf darts at over 50 mph. This massive beast of a gun is definitely one of the biggest Nerf guns we have ever seen and the creator said that “Guinness World Record is pending.”

The gun was made mostly from plywood with 3D printing used to create the more intricate detail parts. The darts are made PVC pipe covered in foam with 3D-printed plastic tips. The firepower comes from a 3,000 PSI paintball air tank.

Check out the gun in action for yourself in the video below: