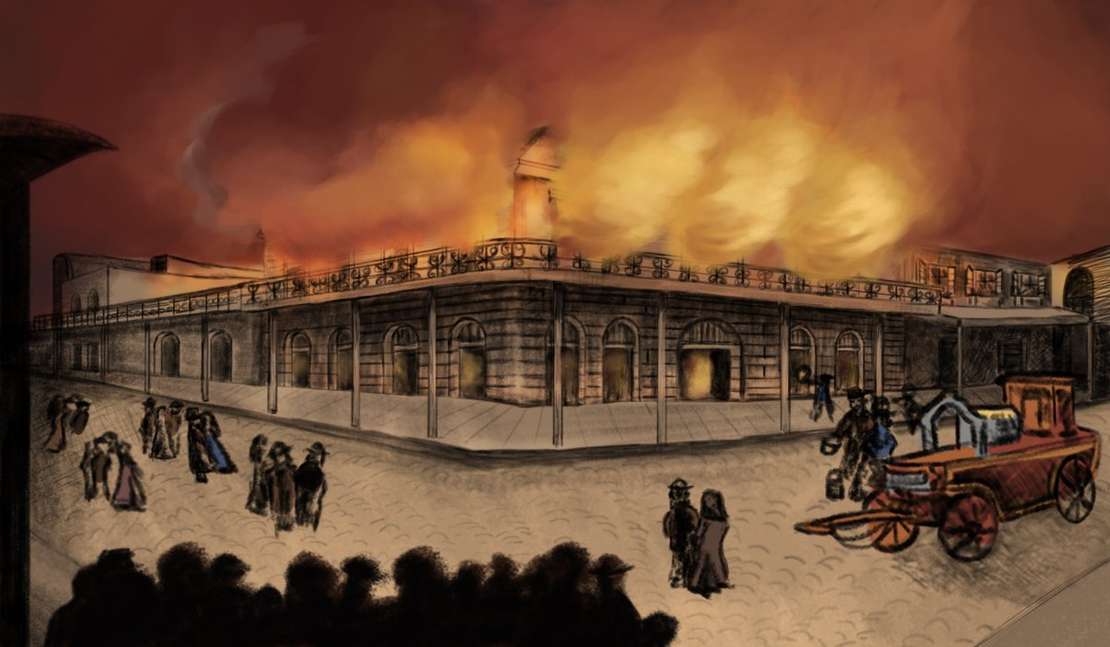 The creators of The Conjuring franchise are teaming up with the Saw franchise director to develop a new horror franchise, The LaLaurie Mansion.

The creators of The Conjuring franchise, Chad and Carey Hayes are teaming up with Saw franchise director Darren Lynn Bousman to develop a new horror franchise, The LaLaurie Mansion.

The Hayes Brothers have written the screenplay for this movie, and Bousman is set to direct. The LaLaurie Mansion is an actual haunted location, and the plan is to shoot portions of the film on-site as well, even though public access has not being possible since 1932.

The LaLaurie house was made infamous by its resident Madame Lalaurie, “a New Orleans socialite and serial killer who tortured and murdered numerous slaves there in the early 1800s. After her crimes were exposed following a house fire in 1834, she fled the city and was never arrested.”

LaLaurie was previously portrayed by Kathy Bates in American Horror Story: Coven. The stories in the proposed franchise “will unfold in multiple installments covering the history of the house from recent events back to the origins of the house’s history and its sinister owner.” The first movie will be set in the present day.

Bousman, who stayed in the mansion, said in a statement, “Joining this project is a dream come true for me. For as long as I can remember I have been obsessed with the paranormal. Anyone who studies the supernatural knows the legends and lore of the LaLaurie Mansion. It’s the holy grail of these types of environments. Recently I was allowed access to the house and was able to stay there with the Hayes brothers. There is no way to articulate my 72 hours inside those walls. The house consumes you. Its history cripples you. The Hayes Brothers have crafted such an emotional, suspenseful, and scary narrative that I cannot wait to introduce the world to this unbelievable location.”

The Hayes Brothers added, “Not only is Darren an incredibly creative director, but he also knows how to build a franchise. We are beyond thrilled to have him on this one, and can’t wait to see what he brings to the screen.”

The building has had several owners over the years, one of whom was actor Nicolas Cage. It’s now owned by Michael Whalen, a partner and collaborator with Faster Horse, who is providing access.