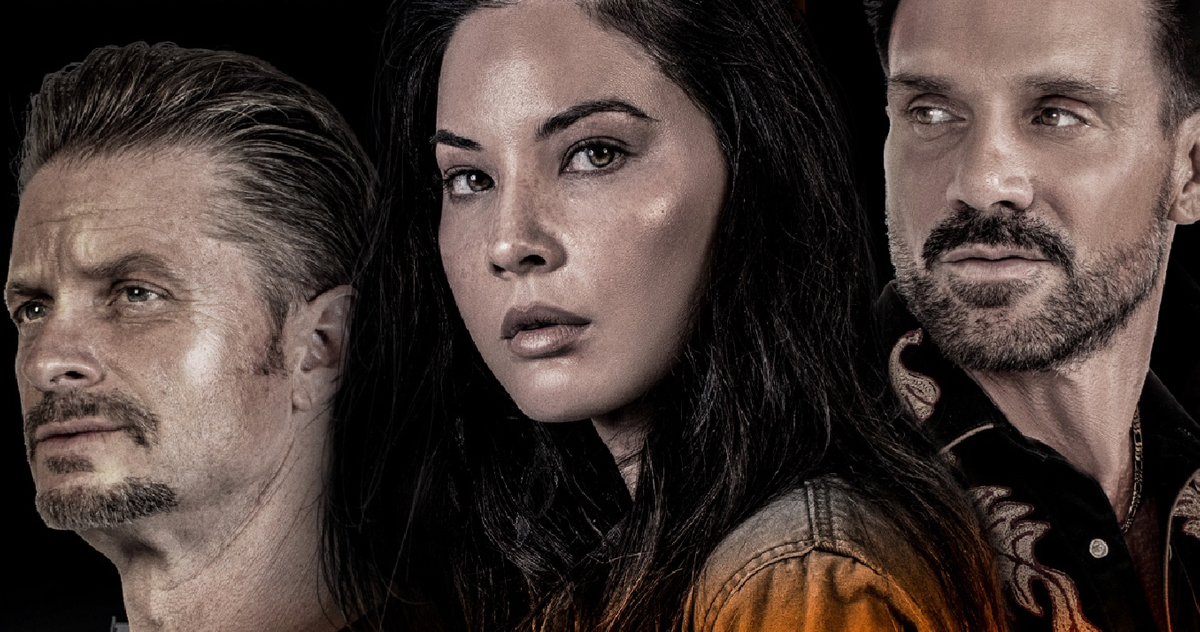 A new trailer has been released for the crime drama The Gateway starring Shea Whigham, Olivia Munn, Frank Grillo and Bruce Dern, as well as Taryn Manning, Mark Boone Junior, and Taegen Burns. The film is directed by Michele Civetta from a screenplay she co-wrote with Alex Felix Bendaña and Andrew Levitas.

The Gateway is a gritty crime thriller centering around Parker, a down on his luck social worker who finds himself in over his head when he tries to protect his client from her recently paroled husband. Can Parker save the family from the violent threat of the maniacal drug dealer and his crew, desperate to reclaim their priceless stash at any cost?

The Gateway is scheduled to make its debut in select theaters, Apple TV+, and VOD on September 3rd. Its theatrical release will be followed by a Blu-ray and DVD release on September 7th.