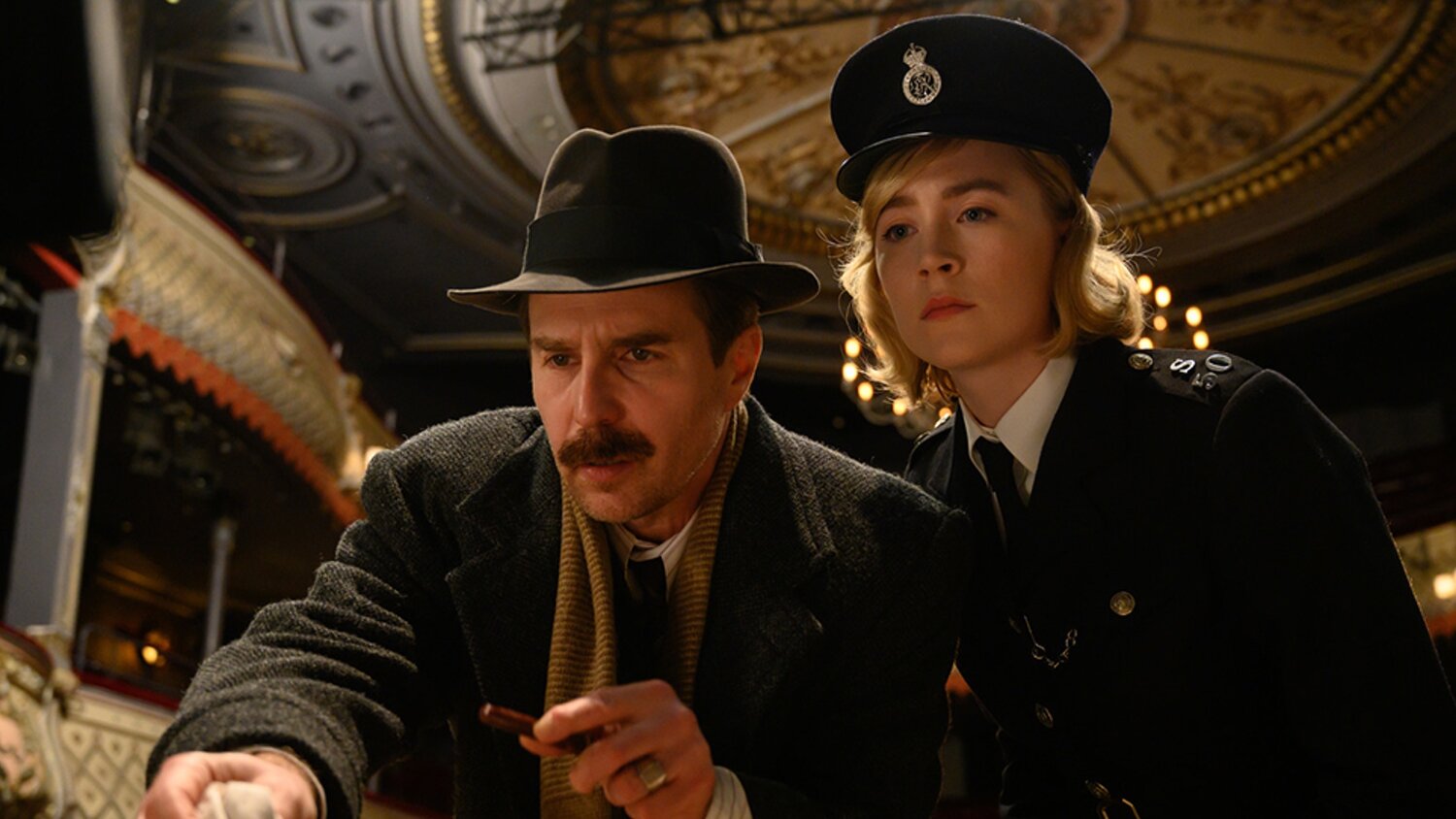 The murder mystery film titled See How They Run is currently in development at Searchlight Pictures and the full cast and first-look photo has been revealed.

The story is set on the West End of 1950s London, “where plans for a movie version of a smash-hit play come to an abrupt halt after a pivotal member of the crew is murdered. When world-weary Inspector Stoppard (Rockwell) and eager rookie Constable Stalker (Ronan) take on the case, the two find themselves thrown into a puzzling whodunit within the glamorously sordid theater underground, investigating the mysterious homicide at their own peril.”

The movie is being helmed by Tom George (This Country) from an original script by Mark Chappell. Searchlight heads of film production Katie Goodson-Thomas and DanTram Nguyen shared in a statement:

“We have been enamored with Tom George and his work with the BBC for years. His knack for bringing stellar performances from an ensemble cast across multiple genres made him the perfect choice to lead the talented team of See How They Run. We are pleased to welcome several members of the Searchlight family back to the fold like Saoirse, Sam, Adrien and David for this entertaining whodunit.”

George added that working with “this incredible cast has been a total dream. I’m so excited to bring this thrilling, smart, funny murder mystery to audiences. Doing so with the company behind such brilliant ensemble films as ‘Jojo Rabbit,’ ‘Birdman’ and ‘The Grand Budapest Hotel’ has really been the perfect fit.”

Here’s a list featuring the details on each of the characters that fill the story:

The movie is set for a wide theatrical release in 2022.