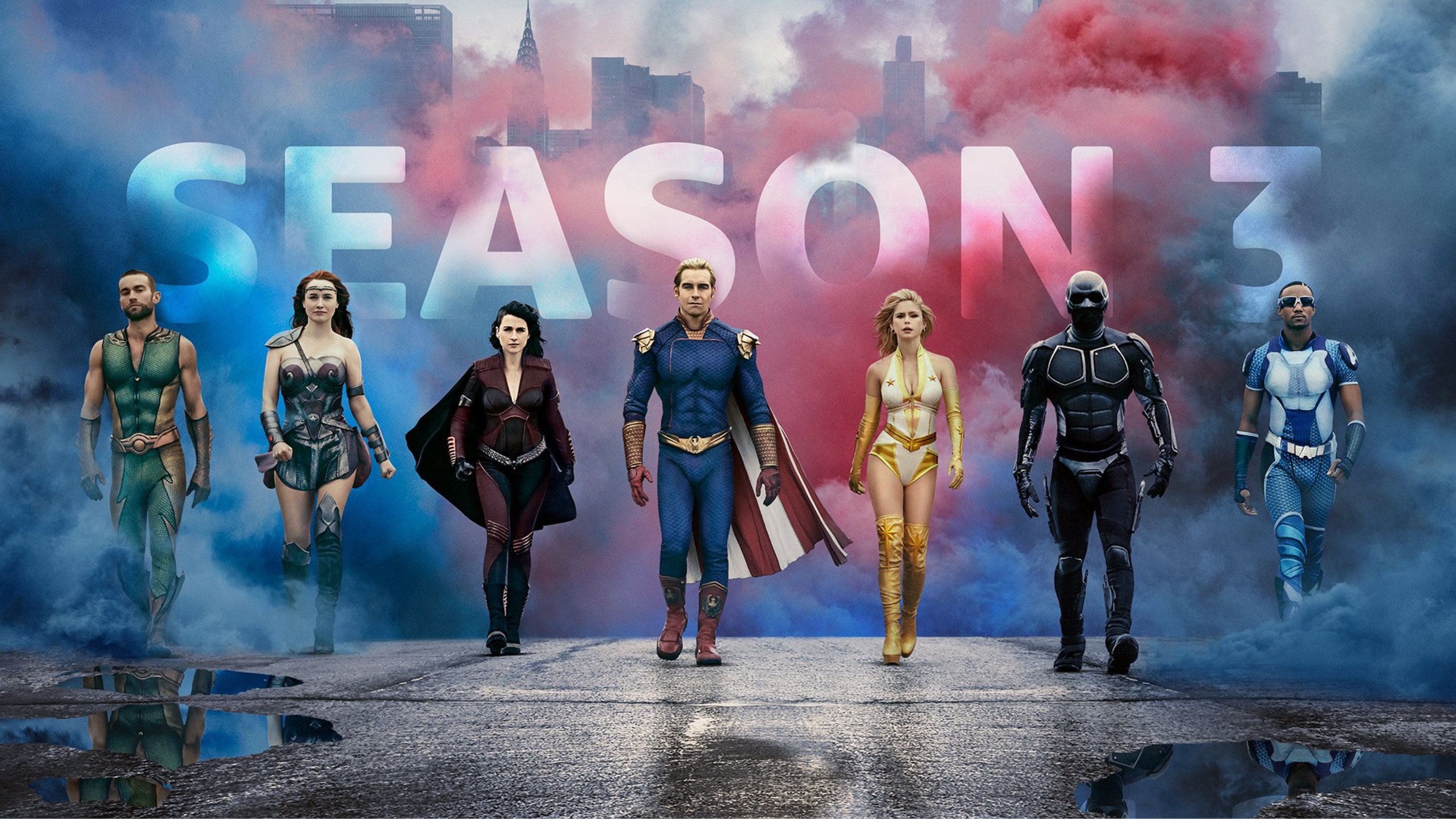 The one thing we have come to be mentally and emotionally prepared for when it comes to Amazon’s The Boys, it’s that they literally do not hold back. With a comic series like The Boys, it would be difficult to adapt it and stay true to the comic series without the craziness we have seen so far. Well, taking to Twitter on in January, Eric Kripke, the creator of the hit superhero show shared the title page of season three’s sixth episode, adding the caption:

“From day one, everyone dared me to make this episode. CHALLENGE MET MOTHERF**KERS.”

This was in reference to Herogasm, a spin-off miniseries of The Boys in which The Seven and other Vought supes head to a secret island and well the title gives you an idea as to where this leads. The series has become TV’s most envelope-pushing scenes in its two seasons to date and now a recent interview with The Boys actor Laz Alonso, we are in for a season 3 that will also be darker and bloodier.

Season 3 is currently in production and according to star Laz Alonso, they are,

“between one-fourth of the way through and halfway through,”

shooting the new season. He also shares that the series is,

“getting darker and darker”

with every season. One of the big additions to the new season is Jensen Ackles’ character Soldier Boy, who was the first celebrity superhero and fought in World War II.

“allowed [Kripke] to not only bring in a character historically who’s pretty dark, but it also makes all of the other ensemble Supes darker as well.”

He then went on to talk about taking the blood and violence to the next level in Season 3, saying:

“I’ll put it to you this way. I was talking to the head makeup artist and she’s in charge of ordering the blood — that’s one of her many jobs. She told me that all of Season 2… When you talk about bulk, I don’t think they used over a gallon of blood in Season 2, believe it or not. Season 3, we’re already at three and a half gallons of blood. So that should give you a little indication of where it’s going.”

This should definitely get fans excited or afraid for what’s to come, but one thing is for sure, we will all be tuning in for Amazon’s The Boys when it comes back to the streaming platform!