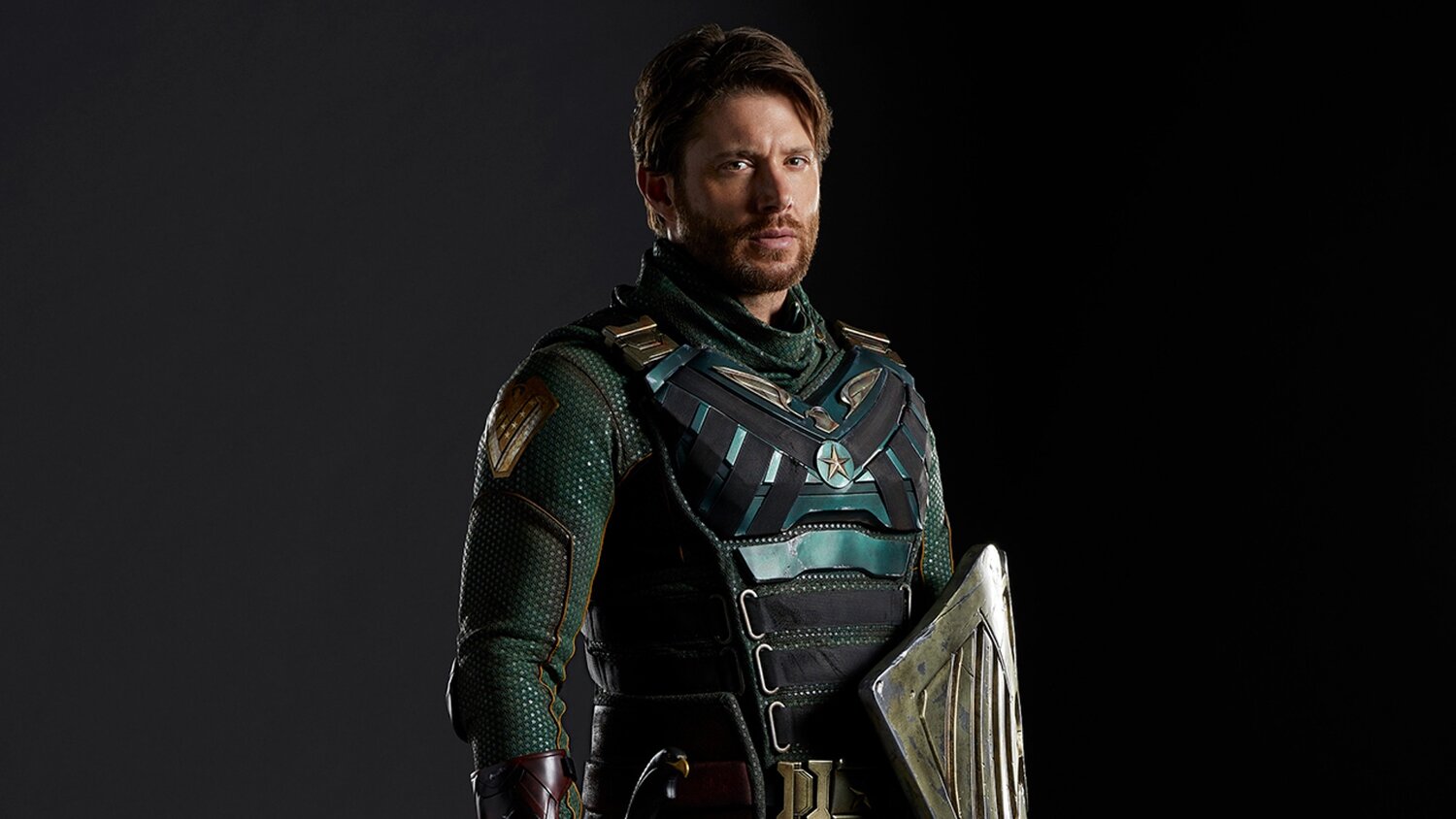 Off the heels of 5 Emmy nominations for season 2 of The Boys. Series creator and showrunner Eric Kripke recently talked about the upcoming third season and shared a bit of information about the series. He discusses bringing in Soldier Boy, herogasm, and some winks at Supernatural.

During an interview with TheWrap. Kripke talked about working with Jensen Ackles again, saying:

“It’s been awesome. I mean, I love the guy so much. And just to have him read my words again is such a treat. I mean, on the first day of dailies, I reached out to him. Funny enough, his very first scene as Soldier Boy was taking place in a shitty motel room. And so he’s in this shitty motel room reading my words. And I just was like, ‘This is great. This feels like coming home.’ It’s been awesome. The cast loved him. They saw immediately what a good dude and what a really fine actor he is. And really all of our conversations have been about how to make sure that this is not Dean Winchester. How do we give him a look that feels a little different and register of voice and mannerisms? I think he and I are both really interested in creating a different character. So it’s been a blast. I mean, he’s such a good actor. The metaphor I use is he just has a lot of Crayons in his Crayon box and you can really use all of them to do something, I think, really nuanced.”

Kripke also mentions that there will be “very subtle” winks to Supernatural in season 3, saying:

“Remember that Phil Sgriccia, a producing director, is a Supernatural veteran as well. So, you know, I would put it as like, there’s certain shots that he and I are doing as kind of winks that we know what’s going on. There may or may not be a trunk shot or two. That kind of thing where it’s like, I don’t think, anything super-overt. Jim Beaver (who played Bobby Singer on Supernatural) and Jensen don’t have any scenes together. So we are trying to figure out a way to make sure that we can have a little bit of connection between them. So it’s like that kind of thing. It’s all very subtle.”

Supernatural fans are sure in for a treat and are sure to appreciate the nods to the hit series. In a separate interview with Entertainment Weekly, Kripke shared a bit of insight on the two timelines Soldier Boy’s story takes place in. The character was originally active during World War I when he was the leader of a team known as Payback. Kripke said, “There are different time periods, but not in the way you would think.”

“Thematically, we really got interested in the history of the country through this one superhero’s eyes. We delve into a little bit of how we got to the spot we’re in. I think we got inspired by this idea that we have to somehow return America to this great thing that it was in the past, and that it was better then. It’s a nostalgic misconception. It’s always been a struggle, and it’s always been conflict. You’re not supposed to look backwards, you’re supposed to look forward. We wanted to get into that, and having a hero who’s moved through the history of the country like Soldier Boy gave us an opportunity.”

As we have come to expect, Kripke says fans have some crazy moments to look forward to including the Herogasm episode which has been a hot topic among fans since Kripke announced this will be happening next season:

“Beyond even ‘Herogasm,’ I still think the craziest thing we’ve ever done is in Episode 1. That said, ‘Herogasm,’ the dailies are bananas. I’ve been around the block a few times. I’m a seasoned producer. Every single day on those dailies, my jaw was on the floor. I just could not believe how insane those dailies were. It’s just crazy. I can tell you that for anybody who is a fan of the comic and is expecting to see Herogasm, we are delivering it. That is happening.”

Kripke also talked to Deadline about The Boys spinoff series coming in 2022.

He explained that the new series is “both in the same universe” as the original, but will be entirely different as it explores these new characters.

“It’s a college show, but because it’s a college run by Vought, nothing is what it seems, and there’s an incredible amount of fucked-up shit happening. But there’s a lot of heart, too. At the end of the day, all college shows are coming-of-age shows, so I think it will be surprising, the amount of emotion that is in that story, with all the usual Boys swagger.”

In what is already a hit series, and no signs of slowing down, Kripke seems to have a good grasp on what he wants to give fans and the timeline of how he wishes to treat the series and the characters he has brought in and will be introducing.

Trailer for a Ridiculous Looking Film Titled SHARKS OF THE CORN