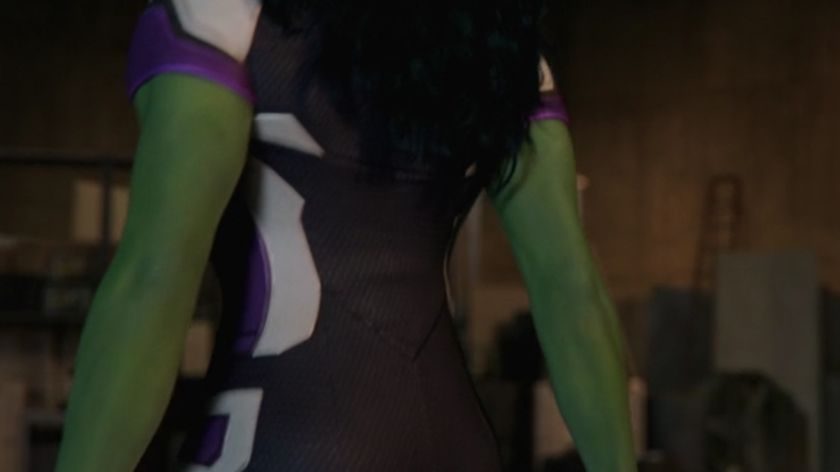 Disney+ dropped an entire fourteen-minute reel of past, present, and future Marvel series and within it, we got our first footage of Tatiana Maslany as Jennifer Walters in the upcoming series She-Hulk. Marvel Studios has a full slate of Marvel series and films coming to us for the next few years and She-Hulk in particular was announced at D23 in 2019 and as was the case for many projects, it saw a delay in production due to the pandemic. She-Hulk was said to be coming to Disney+ as a form of legal comedy.

Maslany was cast in the lead role and in the comics, Walters is Bruce Banner’s cousin who develops a much milder version of his condition after she requires a life-saving blood transfusion. Fortunately, she is still able to practice law and isn’t quite as affected by the Hulk-outs as her cousin is.

Joining Maslany is Renée Elise Goldsberry, Josh Segarra, Ginger Gonzaga, Jameela Jamil, Tim Roth, and Mark Ruffalo reprising his role of Bruce Banner. She-Hulk is directed by Kat Coiro and Anu Valia, with Jessica Gao as the lead writer. The ten-episode series doesn’t have a release date yet, but Disney has teased that it’s “coming soon” to Disney+. Check out the first look-images of Tatiana below and head over to watch the footage on Disney+.