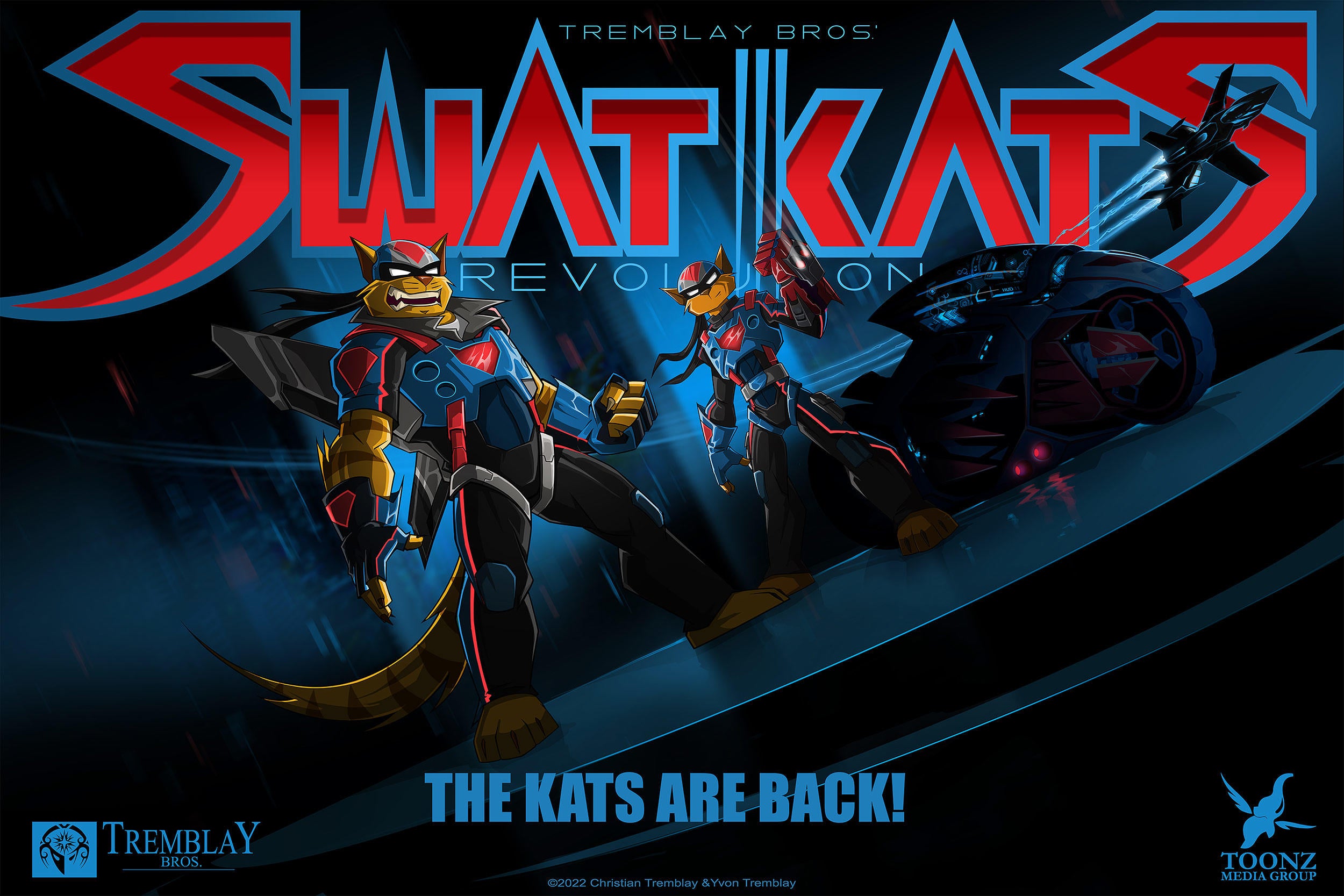 SWAT KATS! The popular 90s animated series is getting rebooted by the show’s creators, Christain and Yvon Tremblay. They will be collaborating with Toonz Media Group for the reboot that is officially titled SWAT KATS Revolution. Although the series is being developed with a 5-11 audience age range, I am sure many of us who enjoyed the series in the 90s are just as excited to see the series return in the reboot.

The new series is set to feature a slate of new characters fighting along with our original heroes Razor and T-Bone. According to the original report, SWAT-KATS Revolution is already in pre-production for global distribution. The original SWAT Kats animated series, which ran for two seasons from 1993 to 1994. Razor and T-Bone are residents of Megakat City, where they use their junkyard as a base of operations. They fight crime in a fighter jet, which will also get a redesign in SWAT-KATS Revolution.

The cancellation was in part to Ted Turner‘s alleged request to tone down the violence in animated shows that aired on TBS which led to the cancellation of SWAT KATS despite its immense popularity. Now, almost 30 years later we will see the SWAT KATS suit up once more!