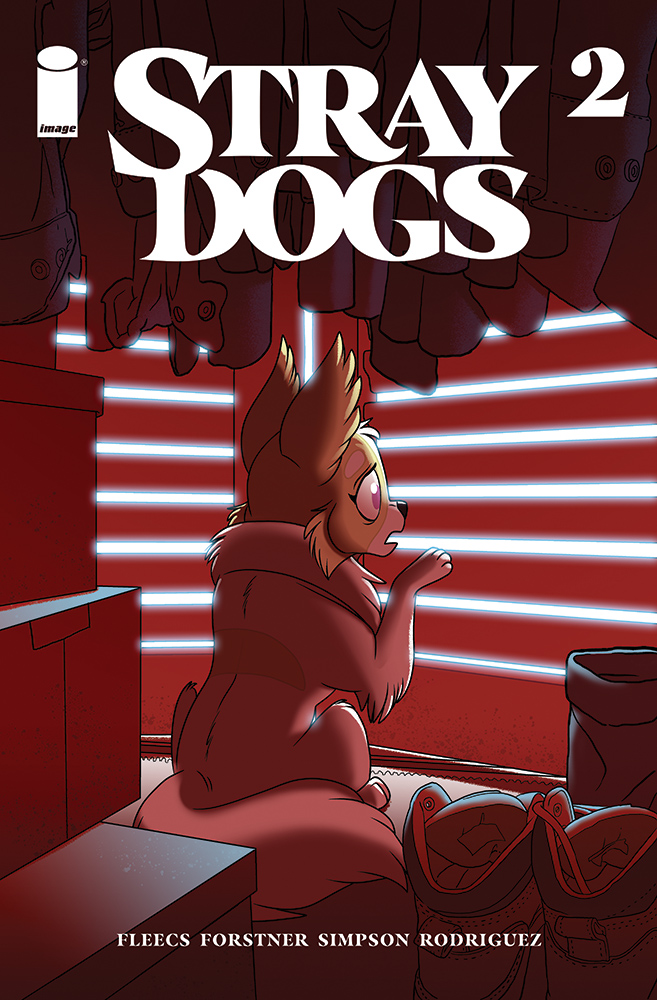 The breakout thriller series Stray Dogs by Tony Fleecs and Trish Forstner is ahead of the pack when it comes to fan enthusiasm and has sold out yet again at the distributor level. Image Comics will unleash a reprint of the second issue in order to keep up with the dogged customer demand.

“We’re so happy that people are reading our weird little book,” said Fleecs. “Huge thanks to all the retailers who took a shot on us. Every Stray Dogs issue ends in a big cliffhanger—we’re doing our best to make sure that if someone gets one issue from your shop, they’ll have to stick around for all five.”

In Stray Dogs #2 something doesn’t smell right. None of the dogs know what happens behind that door at the end of the hallway. All they know is there’s a punishment for sniffing around it. What secrets are hidden in the Master’s Forbidden Room?

Stray Dogs is a five-issue, Don Bluth-style mystery/horror miniseries best described as Lady and the Tramp meets Silence of the Lambs.

Stray Dogs is also available for purchase across many digital platforms, including Amazon Kindle, Apple Books, comiXology, and Google Play.

There will also be a FCBD edition of Stray Dogs available on August 14, at participating comic shops, which will feature a brand new prologue, “That Doggie in the Window”—the unnerving story of the very first dog to ever come to the Master’s house.