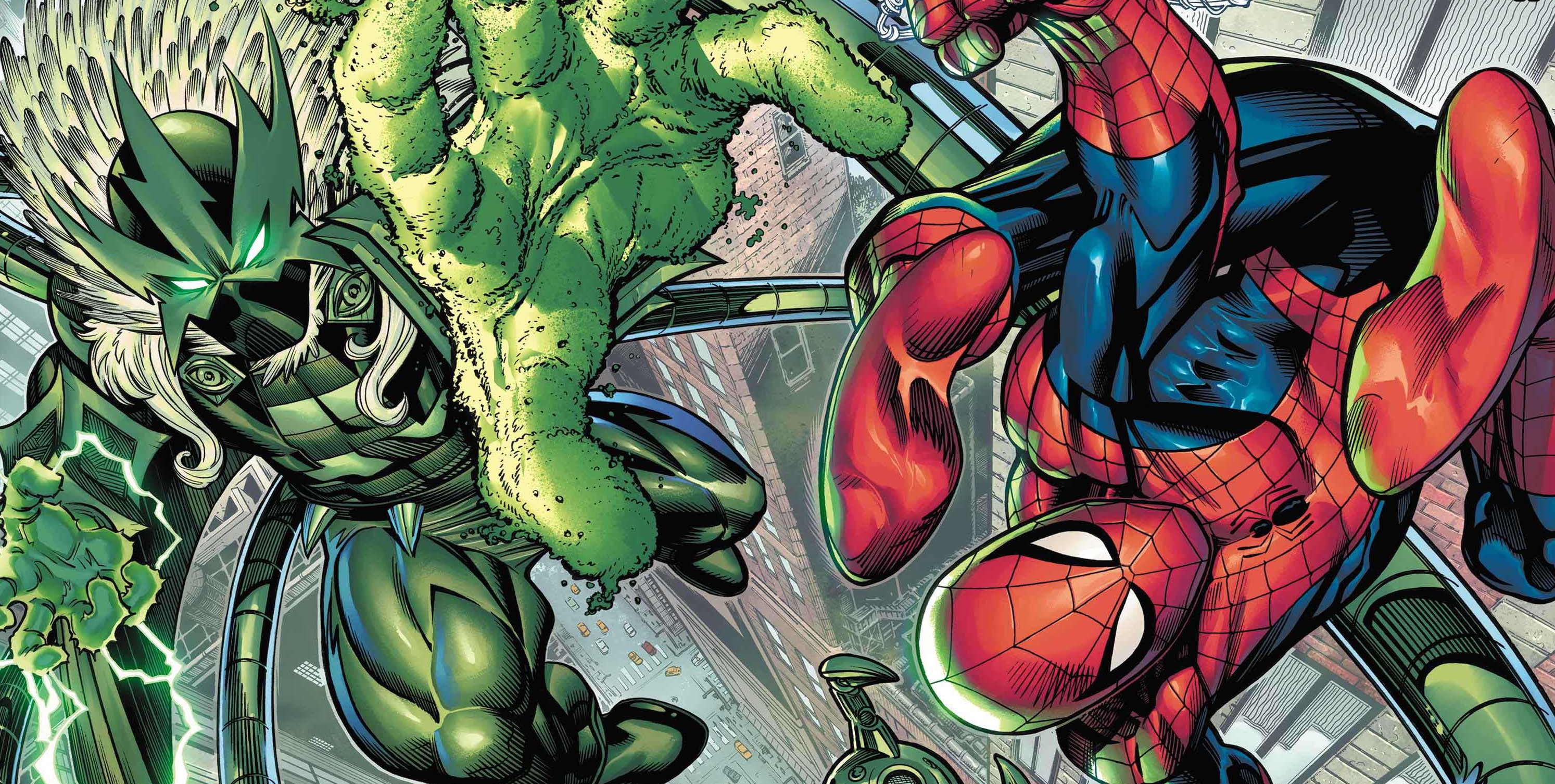 Marvel Comics has announced that Amazing Spider-Man #900 will celebrate 60 years of the friendly neighborhood Spider-Man and bring fans a twisted look at the Sinister Six.

Written by Zeb Wells and art by Ed McGuiness, the issue will introduce Marvel fans to the Sinister Adaptoid. This new villain will possess all the abilities of the original members of the Sinister Six including Doctor Octopus, the Vulture, Electro, Mysterio, Kraven the Hunter, and Sandman.

According to Marvel’s press release, the new villain was created by “someone from Spider-Man’s past.” The publisher originally teased fans with the image shown below:

“There’s nothing I love more than a giant-size Spider-Man anniversary issue, and I’m pulling out all the – ah, what does it matter what I think,” Wells says in the announcement. “Ed McGuiness is drawing a super-sized Spider-story. Who isn’t going to check this out???”

“Zeb and Ed are trying to do the impossible – top Lee & Ditko’s Amazing Spider-Man #1!” adds editor Nick Low. “And that’s not the only thing that #900 has – including some shocks that are going to make you say WHAT WERE THEY THINKING?!?!”

Amazing Spider-Man #900 will be available at your favorite comic shop this June. Check out the main cover by John Romita Jr. and the wraparound variant cover from McGuiness below: