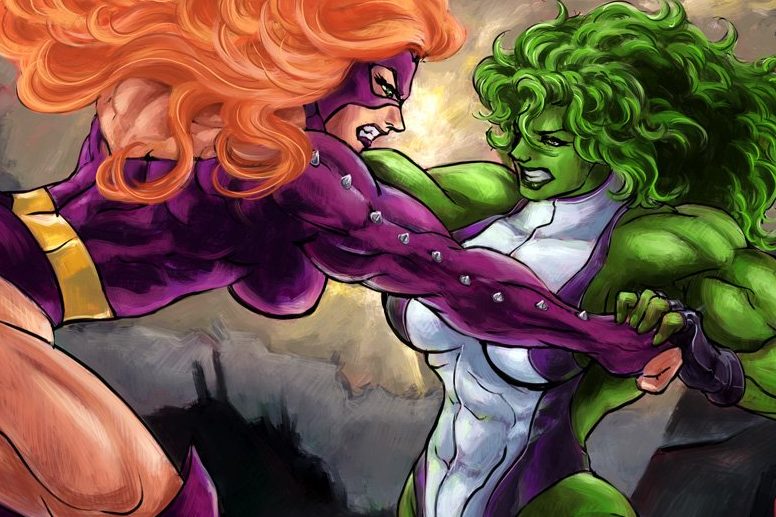 New photos have been released from behind-the-scenes of the upcoming Disney+ She-Hulk series that feature Mark Ruffalo on set.

Ruffalo is set to reprise his role of Bruce Banner/The Hulk. The photos also feature actress and stunt double Anais Almonte (Gotham), who is credited for the photos.

We have Ruffalo rocking the mo-cap gear and some view of the set as well. The series stars Tatiana Maslany as Jennifer Walters, a.k.a. She-Hulk, who is the cousin of Banner. She receives a blood transfusion from him, which is how she ends up with her Hulk powers. Walters is also a lawyer, and the series is said to be a legal comedy.

Kat Coiro is set to helm the pilot along with several other episodes. She will also serve as an executive producer. Writer Jessica Gao will lead the writer’s room for the series.

Titania is a longtime She-Hulk villain with comparable powers of super strength and durability. Having gained her powers from Dr. Doom in exchange for her loyalty, Titania has joined forces with other villains under Dr. Doom and crossed paths with She-Hulk which led to their very long and intense rivalry. This would be a great fit for She-Hulk’s first big bad. Tell us what your thoughts are and check out the photos below.