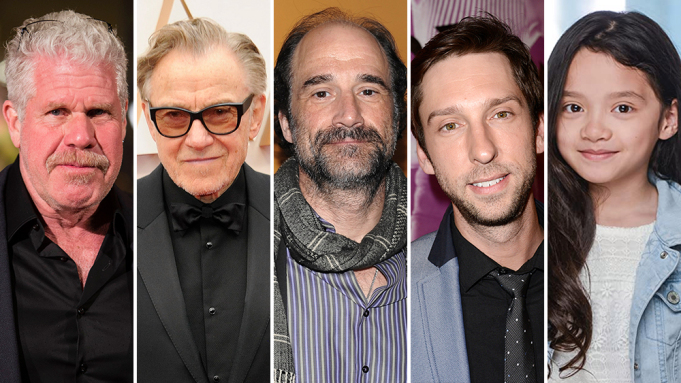 The film was directed by Jonathan Sobol from a script written by Paolo Mancini and Thomas Michael.

The Baker tells the story of a

“quiet, stoic man played by Perlman, living a monk-like existence in self-imposed exile. When his estranged son (Moore) is killed in a drug deal gone bad and he is left to look after a granddaughter (Ho) he never knew he had, he is forced back into a life he tried to put behind him. Keitel plays his decades-long nemesis and Koteas a henchman stuck between the two. The Baker appears harmless and prefers it that way, but when circumstances force him to take violent action, it quickly becomes apparent that there is more to ‘Pappi’ than meets the eye.”

The Baker producer William G. Santor said in a statement:

“The stars have aligned and we are delighted to be working with such a superb ensemble cast.  The range, talent and worldwide appeal of Ron, Joel, Elias and Harvey as well as Emma, a fabulous new actress, is perfect for this elevated, high-concept story.  The Cayman Islands Government continues to be thorough and complete supporters and we are particularly happy to be in production on our second film on the Islands.”

“I’ve had the great fortune of working with Harvey Keitel and Elias Koteas previously, and bringing them together on screen with the great Ron Perlman couldn’t be more exciting to me. Round that out with a talent like Joel David Moore and adding this incredible natural young phenom Emma Ho, makes this a world class cast!”