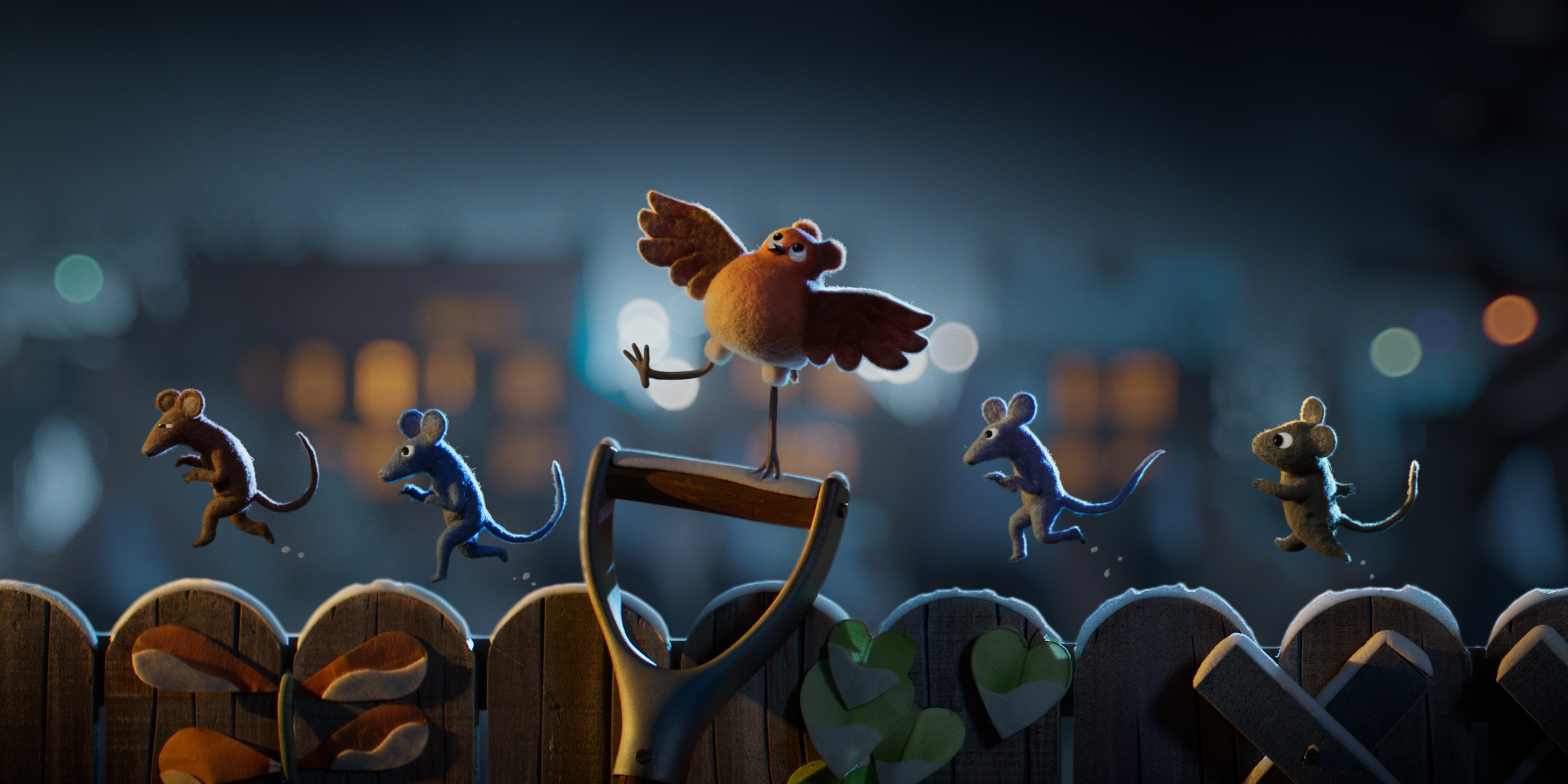 Netflix and Aardman Animation have released a sweet first look at their animated short film Robin Robin. The half-hour musical holiday special “tells the story of a baby robin (called Robin) who is adopted by a family of thieving mice. Although she thinks of herself as a mouse, as Robin grows she begins to notice that she can’t sneak around quite as effectively as her adopted siblings, which leads her on a journey of self-discovery.”

The special features the voices of Richard E. Grant and Gillian Anderson. The short was directed by Dan Ojari and Mikey Please. Check out the trailer below and look for ROBIN ROBIN on Netflix this fall.