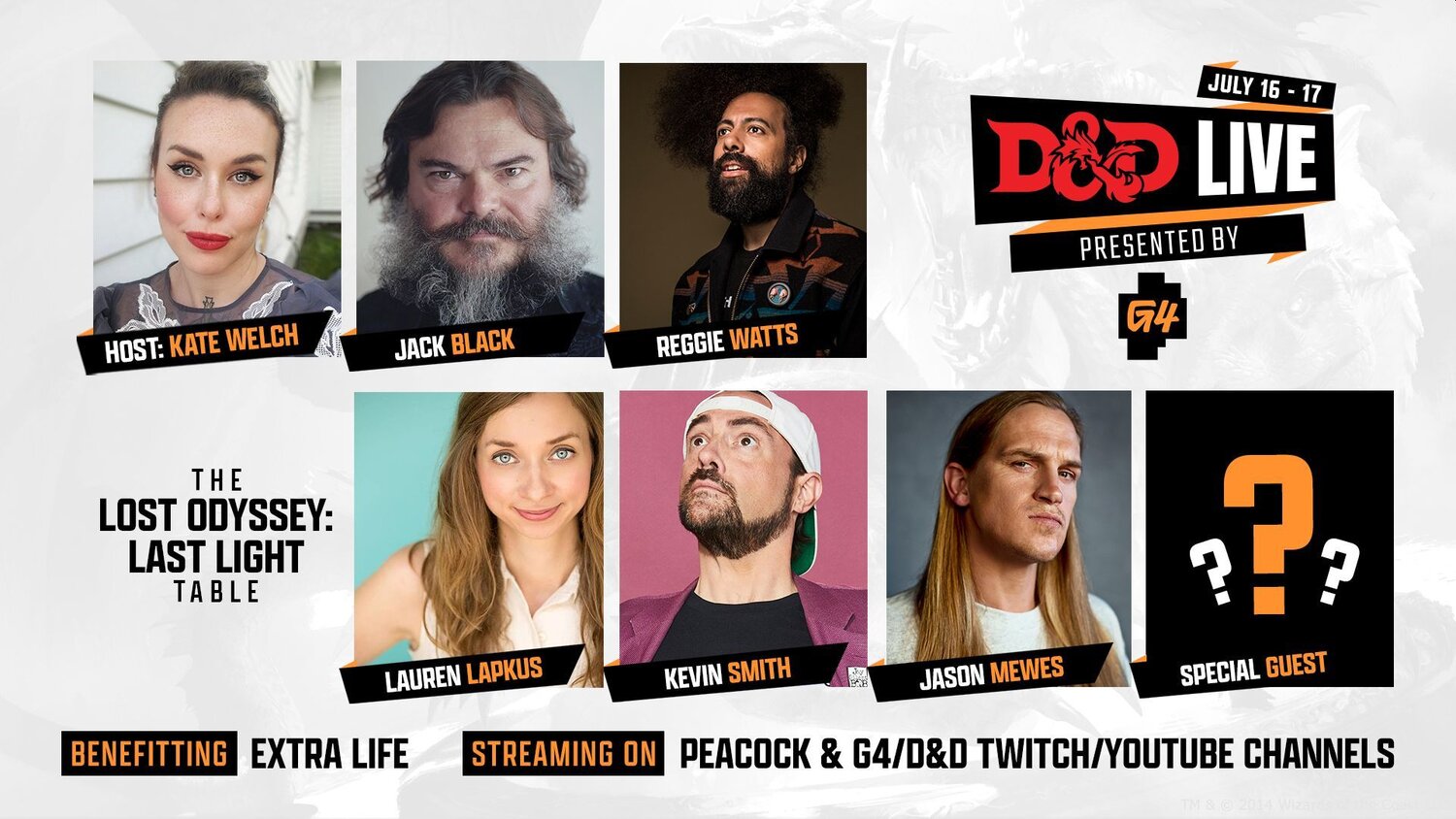 D&D Live 2021 is set to take place on July 16-17 with four 2-hour Dungeons & Dragons games happening. It was recently announced that one of those tables will be presented by G4 and is called Lost Odyssey: Last Light with an awesome group all to benefit the charity Extra Life.

The DM for the table will be Kate Welch, and she’ll guide the following players through “a very serious investigation into dragons, krakens and sea giant queens:” Jack Black, Lauren Lapkus, Jason Mewes, Kevin Smith, Reggie Watts, and a secret special guest. Talking about the opportunity, Welch said:

Holy crap, are you sure you want to put these people around a D&D table with me? I’m pretty sure it’s going to be bedlam, but maybe that’s what D&D Live is all about. In all honesty, I’m honored to weave a tale for this group of incredibly funny folks. It’ll be a session you won’t forget!