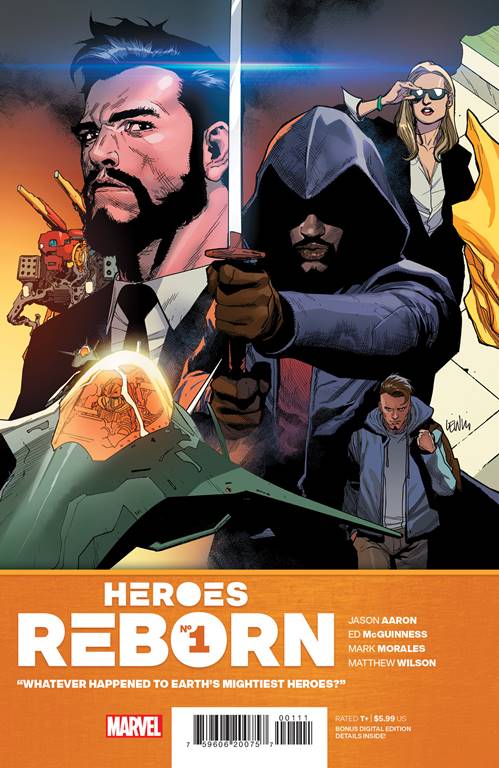 Everything and everyone you knew in the Marvel Universe has been reborn!

The Silver Witch. Nightbird. Commissioner Cage. These bold new takes on your favorite Marvel characters along with many more will be introduced on May 5th in HEROES REBORN, an exciting new transformation of the Marvel Universe. Brought to you by super hero masterminds—writer Jason Aaron and artist Ed McGuinness— HEROES REBORN will present a world where the Avengers never assembled and the Squadron Supreme took their place as Earth’s Mightiest Heroes. The exciting —and unsettling — ripple effect the Avengers’ absence has on the rest of the Marvel Universe will be explored throughout the series as well as thrilling one-shots, revealing the history behind the new reality of your favorite heroes and laying the groundwork for its unpredictable future. Get your first look at the action to come in the all-new HEROES REBORN TRAILER.

“This story really has nothing whatsoever to do with the original Heroes Reborn event,” Aaron explained to ComicBook.com. “The only similarity is that this is a look into another version of the Marvel Universe, one familiar in some ways, but profoundly and fundamentally changed in others. I’m quite confident in saying it’s a world unlike any version of the Marvel U we’ve ever seen before.”

Head over to Marvel.com now for a first look and pick up HEROES REBORN #1 when it hits stands on May 5th.