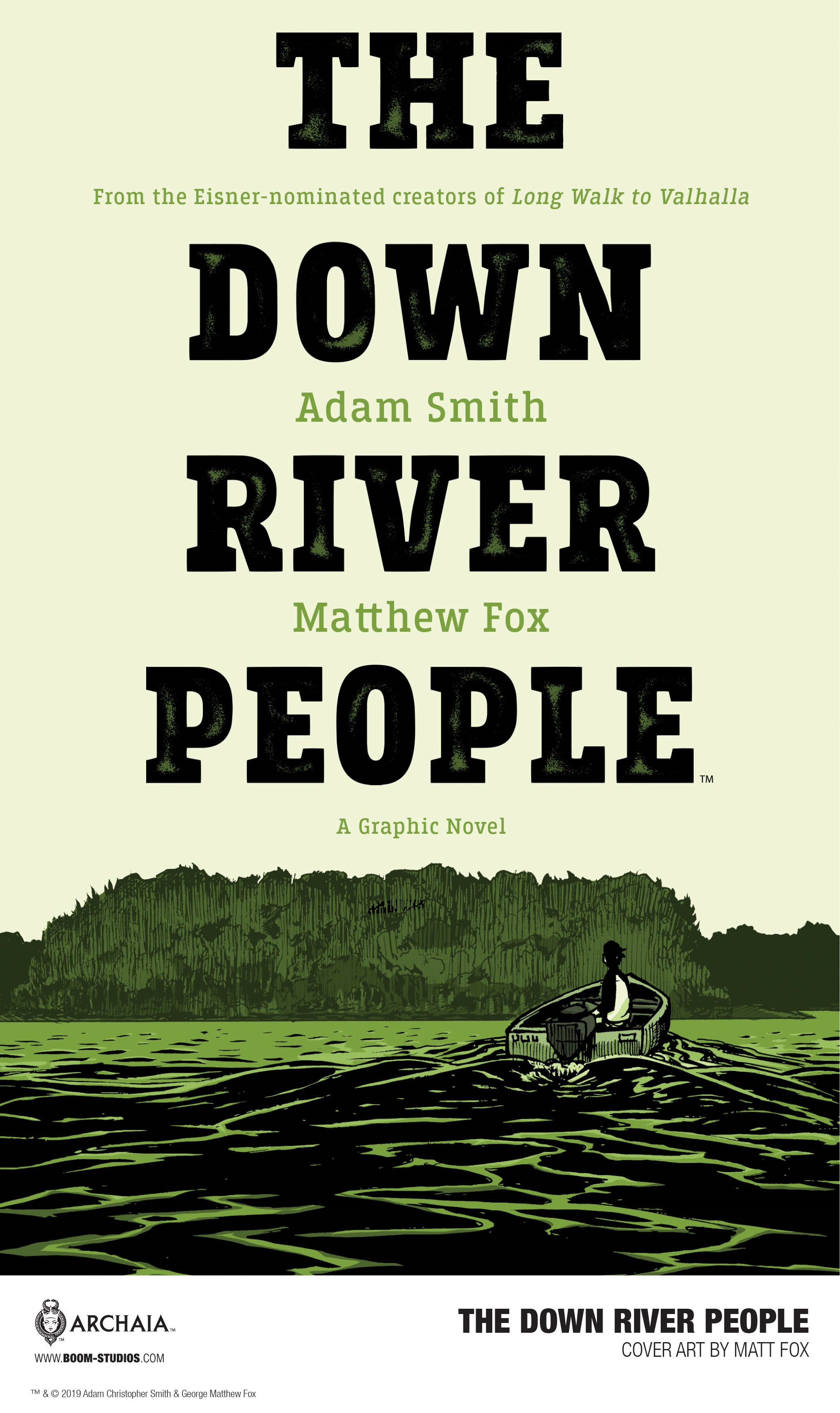 Discover the Unexpected Consequences of Long Buried Secrets Coming to Surface in The Down River People, Coming in May 2021

BOOM! Studios today revealed a brand new look at the original graphic novel THE DOWN RIVER PEOPLE— reuniting writer Adam Smith and artist Matt Fox, creative team of the Eisner and Harvey Award-nominated Long Walk to Valhalla, for a riveting new story about a man attempting to survive the complicated and dangerous web of his family’s dark past with his soul intact, available in May 2021.

Myers Carpenter is a bootlegger who just inherited his family’s bar, The Flatbed. Unsure of whether or not he wants to keep the famous speakeasy, Myers is forced to find a new booze supplier when he burns his bridges at his longtime source in Mississippi. The only option he can turn to is his estranged mother, now running a fishing lodge for the wealthy, and a half sister he knew nothing about.

As Myers becomes more entangled in the lives of his newfound family, he begins to learn the secrets of the fishing lodge and the sinister cult thriving just under the surface of wealth and opulence.

THE DOWN RIVER PEOPLE is the latest release from BOOM! Studios’ ambitious Archaia imprint, home to graphic novels such as Bolivar by Sean Rubin; Mouse Guard by David Petersen; Slaughterhouse-Five by Kurt Vonnegut, Ryan North, and Albert Monteys; The Sacrifice of Darkness by Roxane Gay, Tracy Lynne-Oliver, and Rebecca Kirby; Big Black: Stand at Attica by Frank “Big Black” Smith, Jared Reinmuth, and Ameziane, We Served the People by Emei Burell, and licensed series including Lev Grossman’s The Magicians by Lilah Sturges and Pius Bak, as well as Jim Henson’s The Dark Crystal: Age of Resistance and Jim Henson’s Labyrinth: Coronation.

Print copies of THE DOWN RIVER PEOPLE will be available for sale on May 26, 2021 at local comic book shops (use comicshoplocator.com to find the nearest one) and on June 1, 2021 at bookstores or at the BOOM! Studios webstore. Digital copies can be purchased from content providers, including comiXology, iBooks, Google Play, and Madefire.

For more on THE DOWN RIVER PEOPLE and other projects from BOOM! Studios, stay tuned to www.boom-studios.com and follow @boomstudios on Twitter.

A Brutal Look Into B.’s Prehistoric Past in BRZRKR #2 from BOOM! Studios