A Brutal Look Into B.’s Prehistoric Past in BRZRKR #2 from BOOM! Studios 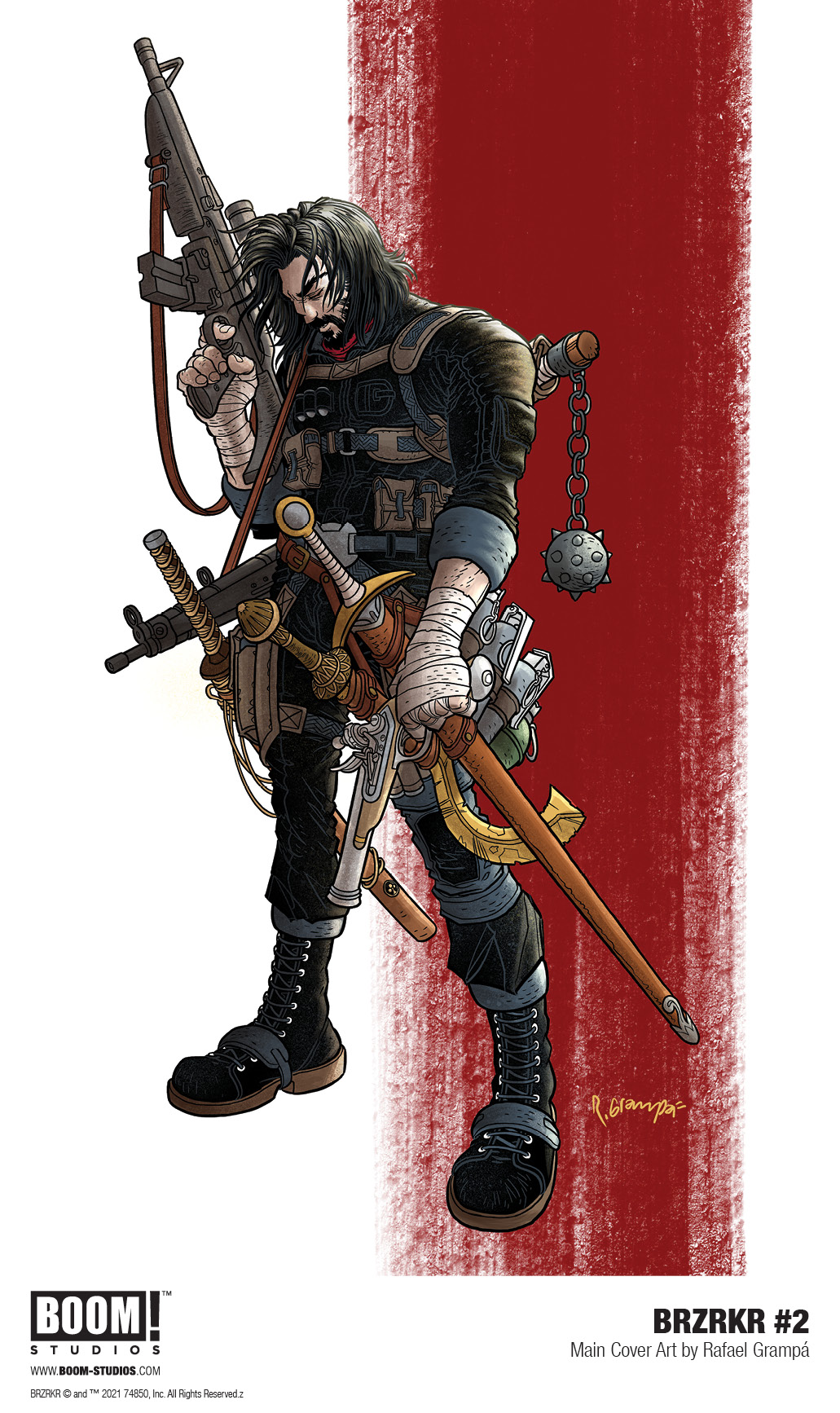 U.S. government doctor Diana Ahuja seeks to unlock the mysterious B.’s  memories – lifetimes of violence and tragedy like no one else who has ever lived that began with a fateful decision 80,000 years ago. But is Diana here to help him…or is she serving a darker agenda?

BRZRKR is the newest release from BOOM! Studios’ eponymous imprint, home to critically acclaimed original series, including We Only Find Them When They’re Dead by Al Ewing and Simone Di Meo; Seven Secrets by Tom Taylor and Daniele Di Nicuolo; Something is Killing the Children by James Tynion IV and Werther Dell’Edera; Once & Future by Kieron Gillen and Dan Mora; Abbott by Saladin Ahmed and Sami Kivelä; and Proctor Valley Road by Grant Morrison, Alex Child, and Naomi Franquiz. The imprint also publishes popular licensed properties, including Dune: House Atreides from Brian Herbert, Kevin J. Anderson, and Dev Pramanik; Mighty Morphin and Power Rangers from Ryan Parrott, Marco Renna, and Francesco Mortarino; and the upcoming Magic from Jed McKay and Ig Guara.

Print copies of BRZRKR #2 will be available for sale on April 28, 2021, exclusively at local comic book shops (use comicshoplocator.com to find the nearest one) or at the BOOM! Studios webstore. Digital copies can be purchased from content providers, including ComiXology, iBooks, Google Play, and Madefire.

GEIGER SELLS OUT AT DISTRIBUTOR AHEAD OF RELEASE, IMAGE TO RUSH SECOND PRINTING TO KEEP UP WITH REORDERS