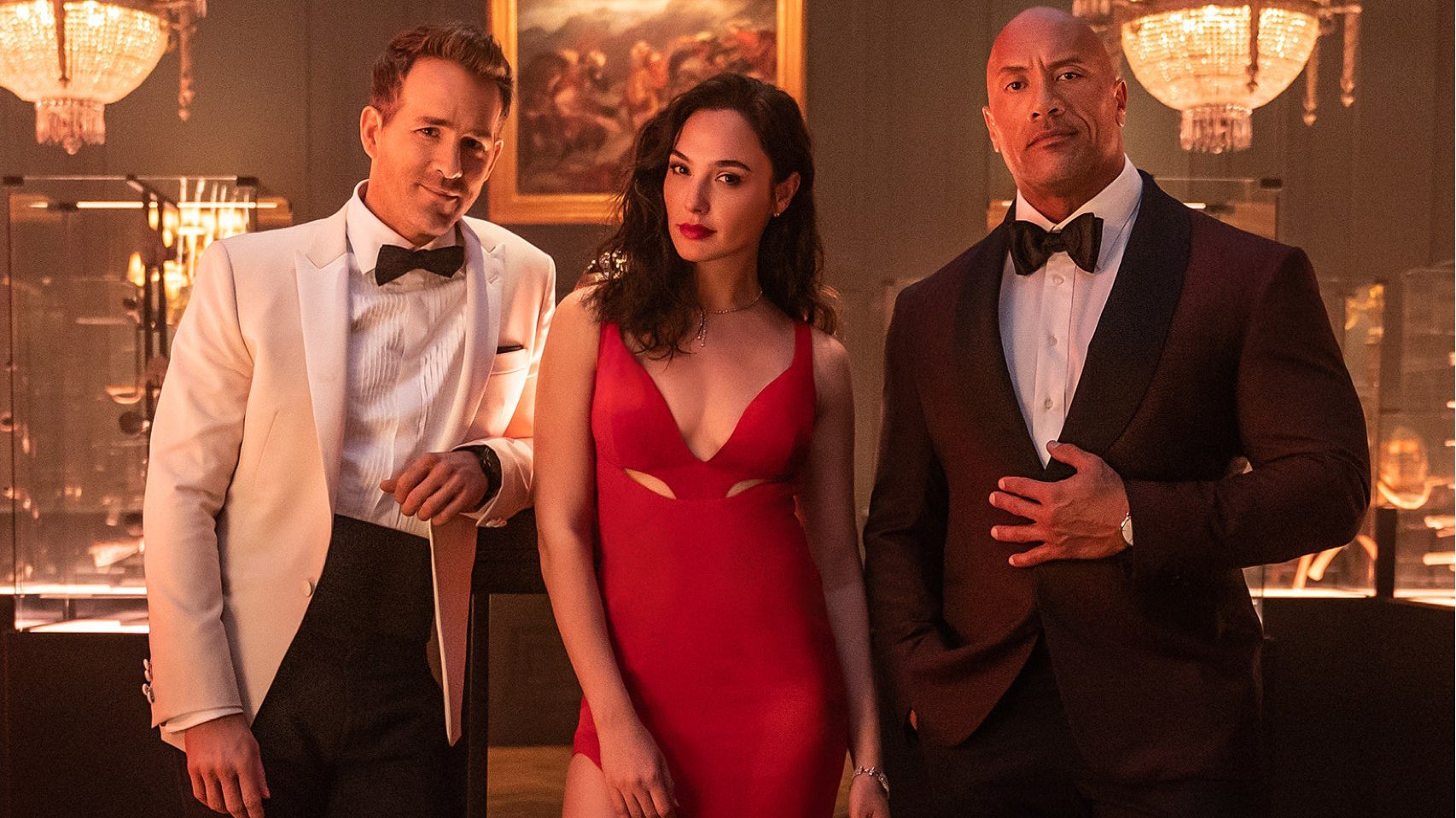 Netflix seems to be planning to shoot back-to-back sequel for what they called their most popular film ever in Red Notice. The film that starred Gal Gadot, Ryan Reynolds, and Dwayne Johnson received mixed reviews, but according to the streamer put up some more than respectable numbers on the platform and therefore, they are bringing the stars from the film back together again for two more films.

“The streamer is in the early stages of putting together a back-to-back shoot of two Red Notice sequels, with the hope to begin production in 2023.”

“Netflix would not comment, but sources said the plan is to bring back the star trio, and add new characters to flesh out a heist film ensemble reminiscent of the starry Oceans Eleven franchise.”

With the formula of film they brought, it looks like the streamer is looking to up the ante on the film and turn it into a full-fledged franchise. The film was more than enjoyable, although predictable. I hope they also put effort into the creative end of the sequels and do not focus solely on bringing big names on the cast list. Regardless of my thoughts, Netflix certainly has confidence in what they are working on with the back-to-back order of sequels brought in.

Beau Flynn will return to produce the film, alongside Johnson, Hiram Garcia, and Dany Garcia via Seven Bucks Productions. Thurber is also producing, and Scott Sheldon will be executive producer.