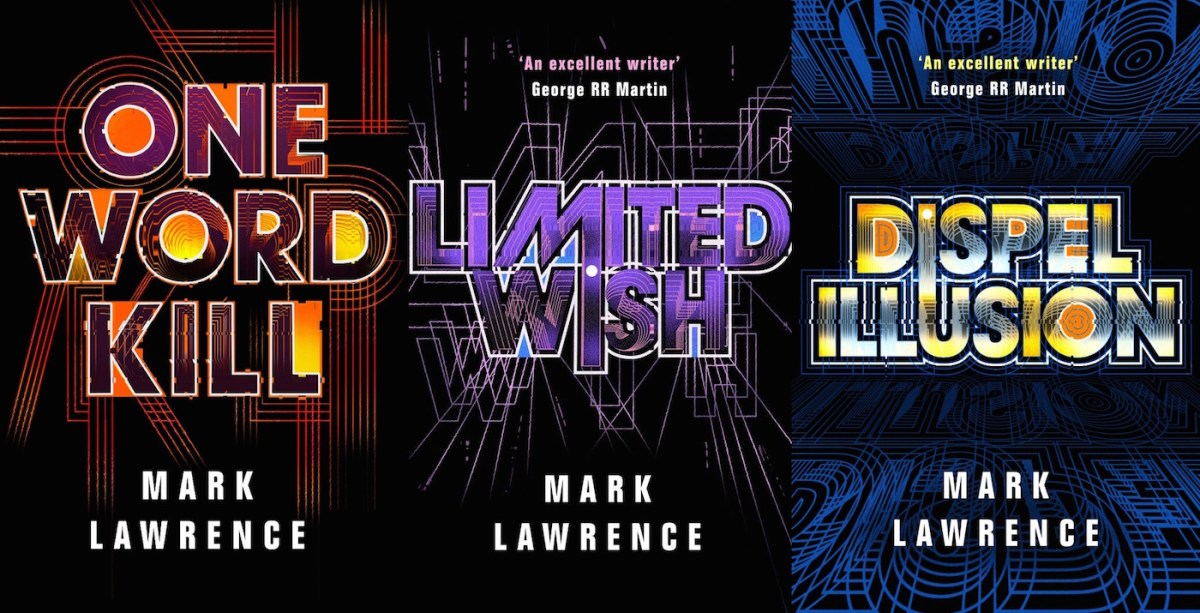 Fantasy Book Series ONE WORD KILL is Being Adapted as a TV Series.

Mark Lawrence’s fantasy novel trilogy series One Word Kill is set to be adapted into a TV series. One Word Kill. First published in May 2019 and followed by Limited Wish and Dispel Illusion.

The novels are in the vein of Ready Player One and seem like a great series for fans of both RPO and Stranger Things. Here is a breakdown of the series:

One Word Kill begins when fifteen-year-old boy-genius Nick Hayes discovers he’s dying. And it isn’t even the strangest thing to happen to him that week. Nick and his Dungeons & Dragons-playing friends are used to living in their imaginations, but when a new girl, Mia, joins the group and reality becomes weirder than the fantasy world they visit in their weekly games, none of them are prepared for what comes next.

A strange, yet curiously familiar, man is following Nick, with abilities that just shouldn’t exist. And this man bears a cryptic message: Mia is in grave danger, though she doesn’t know it yet. She needs Nick’s help…now. He finds himself in a race against time to unravel an impossible mystery and save the girl. And all that stands in his way is a probably terminal disease, a knife-wielding maniac, and the laws of Physics. Challenge accepted.

Holly Phillips said in a statement, “One Word Kill captures the joy and the messiness of being a teenager. It’s about finding your tribe and the sacrifices you’ll make for them once you’ve found them. I can’t wait to bring it to life.”

Producer Erik Barmack added, “Claire and her team are experts at producing drama that is watched around the world. I couldn’t be more thrilled to be partnering with her and Mark on this unique YA project.”

Synchronicity Films founder and creative director Claire Mundell said, “Erik’s understanding of the global scripted marketplace is second to none, and we are genuinely thrilled to be working with him to bring Mark’s addictive book trilogy to the screen. This story has it all: fantasy, high stakes, romance – and Dungeons and Dragons. With her incredible track record of creating award-winning shows, Holly is the perfect writer to adapt these fantasy novels for a YA audience.”