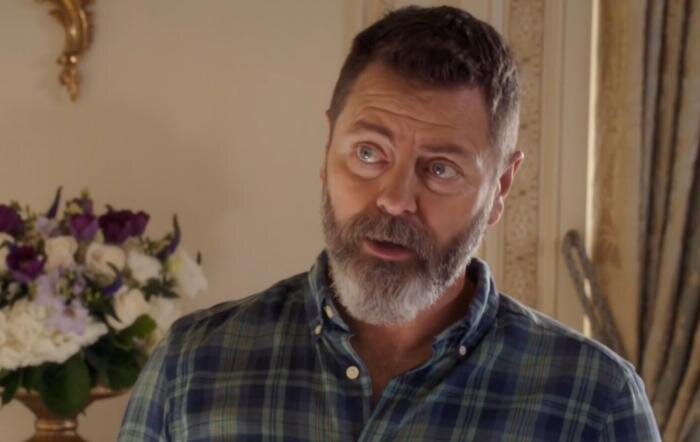 Nick Offerman has been cast in the upcoming limited series following the scandal around Pamela Anderson and Tommy Lee‘s sex tape at Hulu.

The series, currently titled Pam and Tommy, will have Offerman playing the role of,

Offerman will join the previous cast Sebastian Stan, and Lily James. The series is being written by Rob Siegel and in the director’s chair will be Craig Gillespie. Siegel and Gillespie will also executive produce along with Seth Rogen, Evan Goldberg, James Weaver, and Alex McAtee for their Grey Production company James Franco, Dave Franco, and Vince Jolivette via Ramona. Megan Ellison, Sue Naegle, and Ali Krug for Anapurna and DV DeVincentis, Chip Vucelich, Dylan Sellers, and Sarah Gubbins.

This series is shaping up to have a high profile cast, and is sure to be a scandalous miniseries. Are you excited to revisit the infamous sex tape leak?