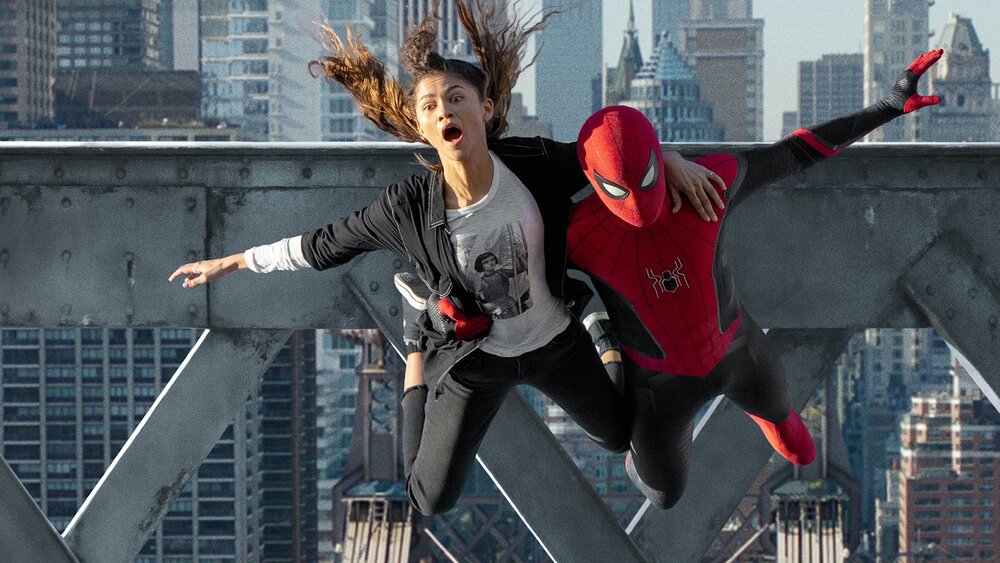 New photos from Marvel’s Spider-Man No Way Home have been released via Entertainment Weekly. The photos feature Tom Holland’s Spider-Man, Zendaya as M.J., and Benedict Cumberbatch as Doctor Strange.

Holland also talked about the movie and the fun he had making it, saying, “The first film, [director] Jon Watts and I were sort of flying by the seat of our pants. This one, I think we both felt really confident, so we were able to relax. We actually had so much more fun on this one than we did on the previous two.”

Holland goes on to say that they are treating this movie as the end of a franchise, the end of the Homecoming trilogy, explaining, “We were all treating [No Way Home] as the end of a franchise, let’s say. I think if we were lucky enough to dive into these characters again, you’d be seeing a very different version. It would no longer be the Homecoming trilogy. We would give it some time and try to build something different and tonally change the films. Whether that happens or not, I don’t know. But we were definitely treating [No Way Home] like it was coming to an end, and it felt like it.”

The actor went on to talk about working with Alfred Molina, who reprises his role as Doc Ock in the movie. Holland says that he’s “one of my favorite people I’ve ever worked with.” He went on to say, “It was really fun to watch him see how technology has advanced. When he was making these films, the arms were puppets, and when we did it, they’re all imaginary and CG. It was quite cool to see him relive it, but also relearn it.”

Marvel and Sony’s deal is coming to an end after this film, so it makes sense that they would conclude this as a trilogy before Sony retains full control of the character. If another deal isn’t worked out, we can only hope that Sony continues to carry the torch successfully on their own and continues to give us great Spider-Man storytelling.

The upcoming movie sees Peter Parker team up with Benedict Cumberbatch’s Doctor Strange as they deal with a big issue when they find themselves in a crazy multiverse situation. They will also come up against several Spider-Man villains from different Spider-Man universes.

The movie is being directed by Jon Watts, and the cast also includes Zendaya as MJ, Jacob Batalon as Ned, Marisa Tomei as Aunt May, Tony Revolori as Flash, and Hannibal Buress as Coach Wilson.