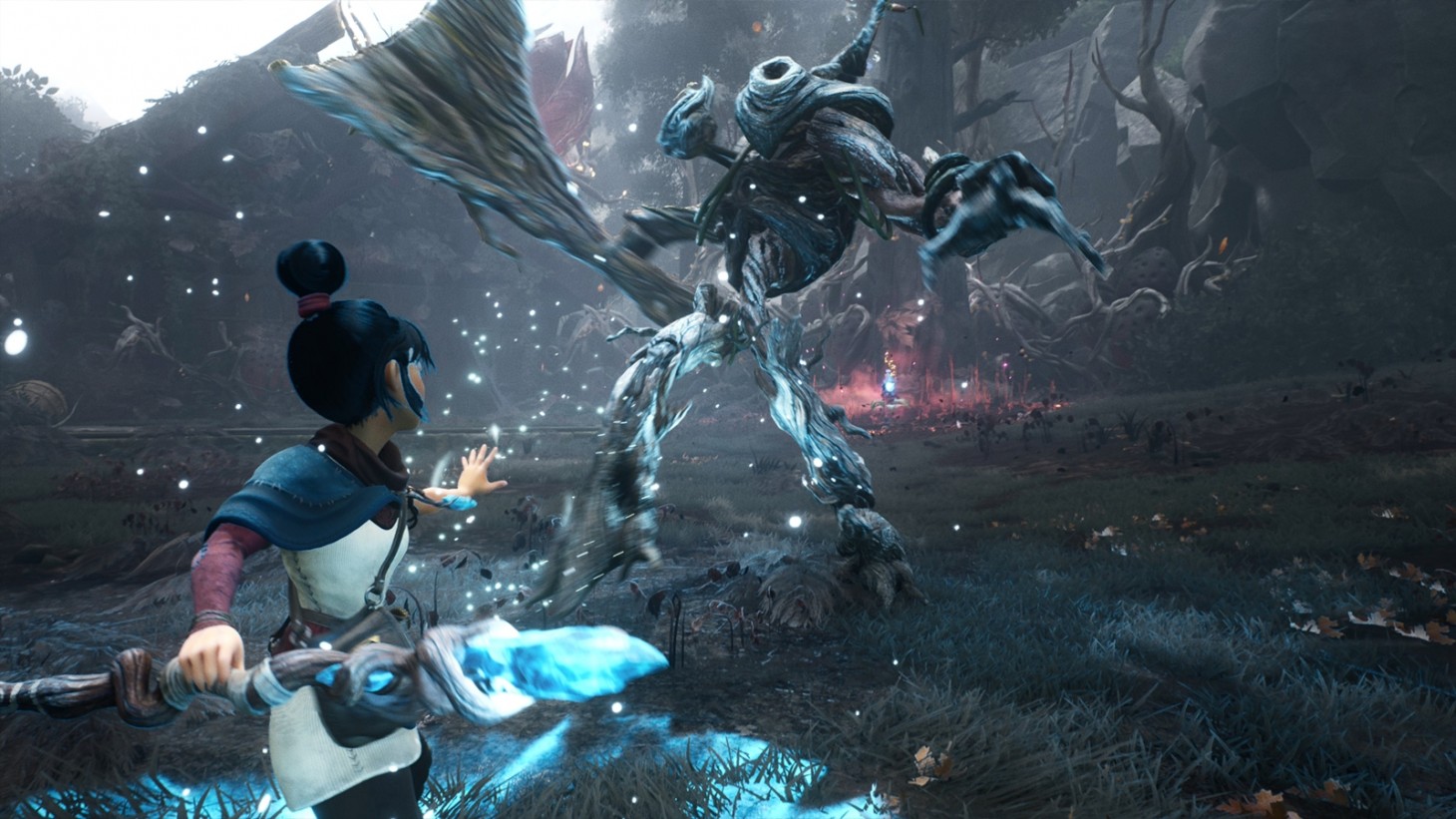 Ember Labs’ Kena Bridge of Spirits looks to have the same magical qualities of a fantastical Disney-Pixar movie. Two new trailers revealed more backstory and gameplay footage, as well as a dynamic photo mode that has me incredibly excited to take pictures with NPCs (and I usually gloss over photo modes when playing games!). Additionally, a physical deluxe edition was announced in partnership with publisher Maximum Games.

Kena: Bridge of Spirits follows the titular heroine/spirit guide as she travels to a distant land in search of a sacred mountain shrine. Spirits have been transforming into monsters, and only Kena can bridge the gap between life and death to make things right again. She’ll meet plenty of colorful personalities along the way, including sooty little anthropomorphic creatures called The Rot, which will aid her in battle.

A Photo Mode trailer also dropped today. Kena has no shortage of awe-inspiring vistas, vivid magical effects, and endearing character models. Taking pictures, however, amplifies these gorgeous visuals, and a “Say Cheese!” option lets Kena and her friends properly pose for the camera. I’ve never seen this component in a video game before (as I said above, I usually don’t activate in-game photo modes – maybe some of you have seen a feature like this before?). Nevertheless, the game’s charm and warmth undoubtedly come through. I can’t wait to see all the photos that players post on social media. Who knows, maybe I’ll finally capture some memories of my own.

Kena: Bridge of Spirits is also getting a physical deluxe edition in November. Ember Labs partnered with Maximum Games, a sub-publisher on titles like A Plague Tale: Innocence and Minecraft Story Mode. Priced at $50, this deluxe edition will launch with a copy of the game, the digital soundtrack, and cosmetics for The Rot and Kena’s staff.

“Our community was extremely vocal about their desire for a physical edition from the moment we first announced the game,” said Ember Labs’ chief operating officer Josh Grier. “It’s an honor to create a game people want to add to their collections, and we’re thrilled to be partnering with Maximum Games to make that happen so quickly after the initial launch.”