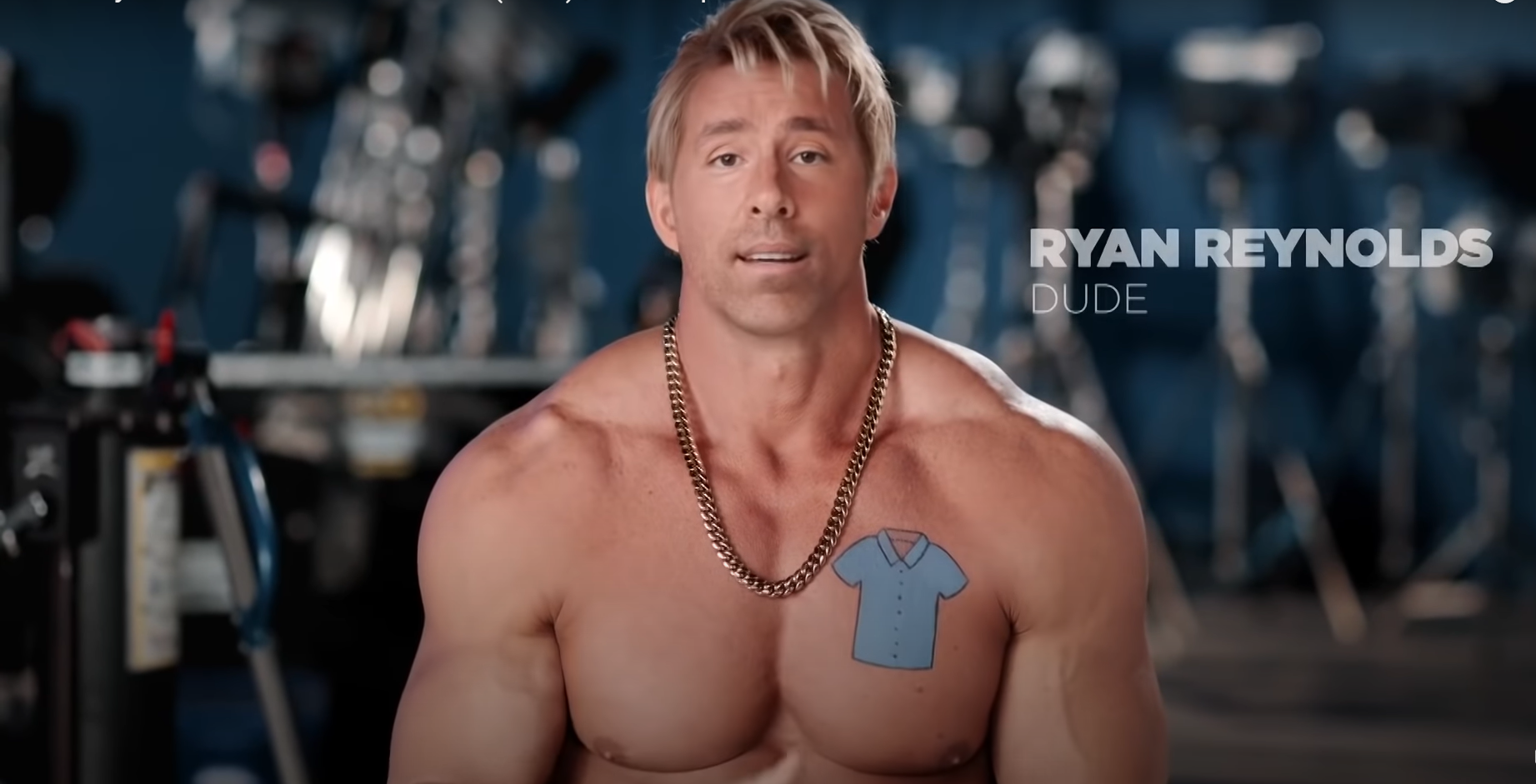 New FREE GUY Promo Features Ryan Reynolds Facing Off With a Buff Version of Himself.

A new featurette has been released for Ryan Reynolds’ upcoming video game-inspired action film Free Guy and it introduces us to another character in the film named Dude.

Dude is a super buff version of Ryan Reynolds’ character Guy, and the two end up facing off against each other in the movie. Reynolds talks about the lengths that he went through to get this big for the movie. He mentions drinking “Protein Bombs” that are made of “100% human muscle” and because of this, he no longer fits into his Deadpool costume. He also jokes around about how he fathered his youngest daughter while he was this muscular and shares that his wife Blake Lively delivered a fully-grown human baby.

The movie was directed by Shawn Levy (Stranger Things), and it’s set to be released on August 13th, 2021.