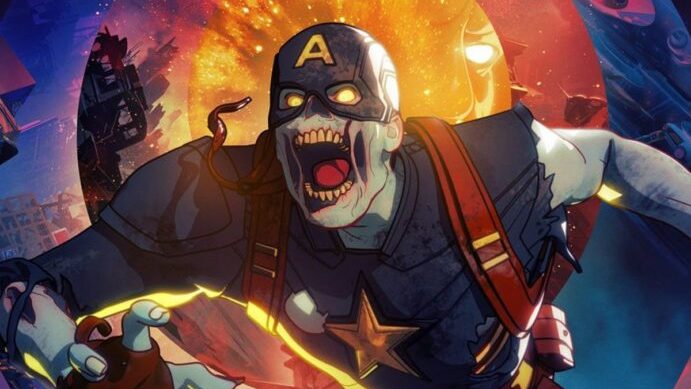 The Walking Dead creator Robert Kirkman first brought the concept of Marvel Zombies into the world with a five-issue limited series that started reaching store shelves in December of 2005, fans of both horror and Marvel have been wondering if we would ever see Marvel Zombies brought to the screen in some way. Following a quick tease of a zombie Iron Man in Spider-Man: Far from Home, zombified versions of Marvel heroes will now be getting some serious screen time in the next episode of the series What If…?, which is set to release tomorrow on Disney+.

Ahead of the episode’s release, posters of zombie Captain America and zombie Hawkeye have arrived online, and actor Mark Ruffalo has taken to social media to share a clip that reveals how What If…? will be introducing the zombies.

This clip reveals that the zombie episode begins in an alternative version of Avengers: Infinity War, where Thanos’s lackeys are greeted on Earth by some flesh-eating heroes.

What If…? takes viewers into other realities where situations play out a bit differently than they did in the Marvel Cinematic Universe films. For example, “What if Captain Carter were the First Avenger?”, or “What if there were zombies in Infinity War?” Episodes are released on Disney+ every Wednesday and are populated by

The posters of zombie Captain America and Hawkeye can be seen below: