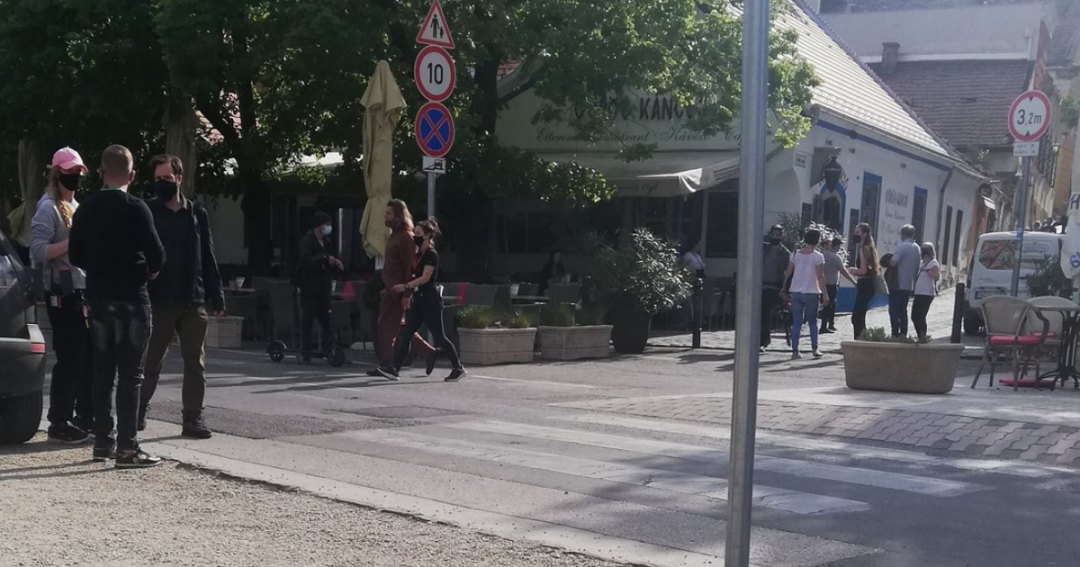 Budapest Reporter says that the actor is dressed in a

“brown tweed suit/blazer with a walking cane in his hand (the cane is not visible on the picture). The actor was channeling his ‘mad scientist’ look with his long, greyish let out hair.”

No official confirmation has been given on who Hawke will be be portraying in the series, but signs point to Bushman who is said to be a former mercenary and Moon Knight’s oldest and most formidable nemesis. There’s also some speculation that he could play Dracula, and those rumors further point that it could lead into the upcoming Blade movie.

Take a look at the photo below, and let us know what you think.