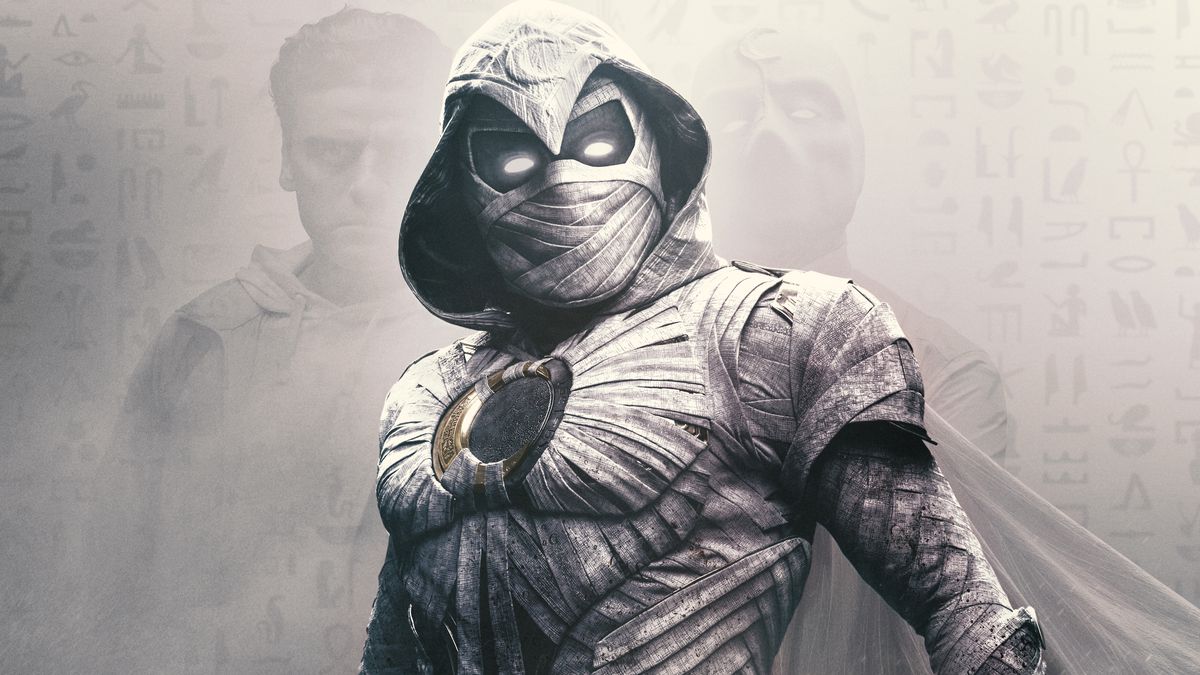 Marvel continues to add building blocks to Phase Four of the Marvel Cinematic Universe with Disney+‘s Moon Knight. The series is led by Oscar Isaac who plays the titular character and Ethan Hawke who plays the series villain and the series premiere puts much of the series on their shoulders and with the talent and experience these two bring to the table, it brought what could be considered one of the best series premieres on Disney+.

The premiere itself shrouds itself in mystery more than relying on the type of Batman-esque beatdowns we have seen Moon Knight deliver. Isaac’s persona of a bumbling Steven Grant who finds himself caught in a series of almost obsessive tasks due to his constant encounters of waking up in strange places gives the series a level of humor while exploring the struggles that someone with mental illness might see day to day.

Its portrayed genuinely and brings a fun element to Isaac’s performance that should move him to the next tier of talent in Hollywood. Steven Grant finds himself caught in a feud between Egyptian gods and while he is in the complete dark about the battle ensuing, his alter personal Marc Spector is right in the middle of this fight it seems, and leads to Steven being caught in an internal struggle of who is in control and when.

The series premiere leaves us with more questions than answers but also entices viewers with the underlying battle that can only be found in the MCU. The interesting question within the premiere is how such a tame persona won dominance over an ass-kicking mercenary like Marc Spector? At times it feels like Marc might relinquish control and even shows that Marc does things that Steven might not have the capability to do, such as ask his crush out to a steak dinner.

Obviously, the two must share a bond being two sides of the same coin, but Steven Grant being oblivious to Marc Spector’s crime-fighting leaves me to question if Marc Spector shields Steven his time in their body and only now opens his eyes due to Steven’s curiosity and the battle finding itself into his once-normal life. I do look forward to seeing if this is further explored and clarified as the series progresses.

The series delves from any comic runs but Moon Knight is certainly a character who has had writers play around with the character and has seen himself constantly reinvented in the forty years as a Marvel hero. Much of this takes place with his mental stability which we see a bit of in the series as the Steven Grant we see on screen is different than that we have seen in the comics. This most likely opened the door for Isaac, creator Jeremy Slater, and director Mohamed Diab to give the series their creative touch and bring their own signature look at the titular character and his identities.

The blackouts lead Steven to cross paths with Hawke’s Arthur Harrow in which Hawke brings out his skillset to portray a religious zealot that will give viewers chills from his jarring performance. Isaac and Hawke have a surprisingly decent amount of screen time together for a premiere that keeps Marc Spector and Moon Knight in the shadows, but the two stars bring an eerie element together that is sure to be exciting as the series moves forward.

Overall, this is by far one of the greatest premieres of an MCU series and Disney+ series. From the beginning moments, we are taken into Steven Grant’s broken psyche and although Isaac and Hawke are the most prominent stars in the premiere, they make brilliant use of them and developed a mystery worthy of further exploration in future episodes. Isaac switches off between the different personas he adopted for the role and gives us a fun and animated performance while Hawke gives a whispering and hauntingly quiet performance that doesn’t rely on spectacle or superpowers to engage the viewers.

We are caught between Steven and Marc and the duel of Egyptian gods and somewhere amongst this chaos, lies answers to the questions raised in the premiere. I have never been so fascinated to be left in the dark and even with Moon Knight giving away almost nothing, it gives us a clear understanding of the direction the series plans to take us. Marvel has opened a door to a darker side of the MCU and we are here to stay for the entire ride.