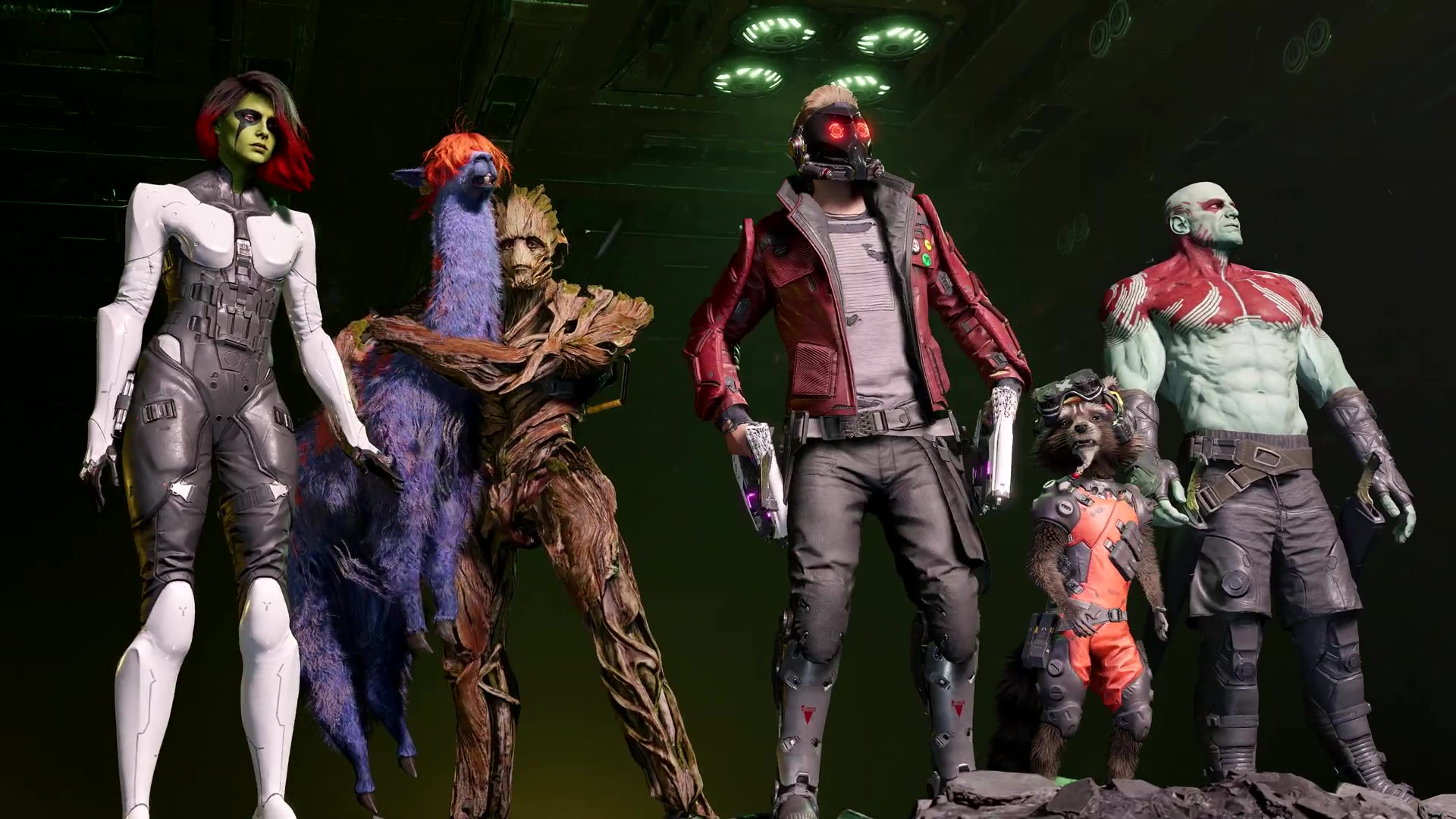 Eidos Montreal released the launch trailer for its upcoming Guardians of the Galaxy game. We get multiple montages of action setpieces and various characters to the tune of Motley Crue’s “Kickstart My Heart.” More importantly, we’re pretty sure Adam Warlock was teased towards the end of the trailer. His silhouette and cape are sure signs that he’ll be involved in the game, and many fans would agree.

On the trailer’s Twitter post. One fan asked if the shadowy hero was in fact Adam Warlock and the official Marvel’s Guardians of the Galaxy account responded with nothing more than the eyes emoji. Not sure what more we could ask for in the form of confirmation without official confirmation.

Marvel’s Guardians of the Galaxy launches for PlayStation 5, Xbox Series X/S, PlayStation 4, Xbox One, Switch, and PC on October 26. Check out the trailer below: