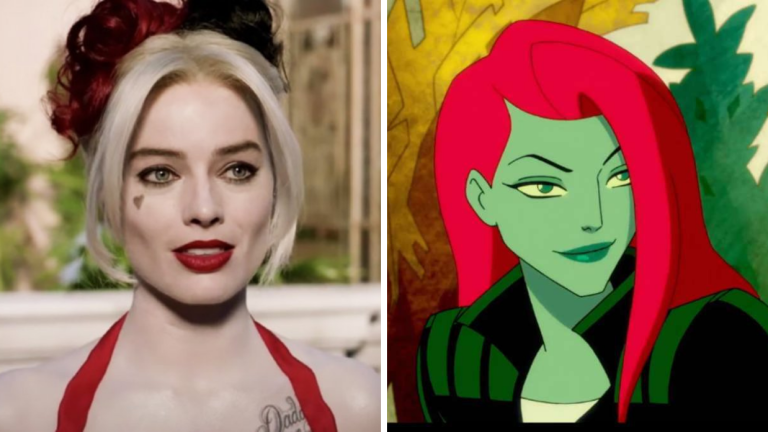 It looks like Margot Robbie really wants Poison Ivy in the DCEU. The iconic villain from the DC Universe has yet to join the rest of the DC Extended Universe, but thanks to the DC original animated series Harley Quinn, Poison Ivy, and Harley Quinn’s relationship has risen to the spotlight.

The actress has revealed that she has been pitching the idea to Warner Bros. for years and, during a recent interview with “Den of Geek“, she said she will continue with her lobbying to make it happen.

“Trust me, I chew their ear off about it all the time. They must be sick of hearing it, but I’m like, ‘Poison Ivy, Poison Ivy. Come on, let’s do it.’ I’m very keen to see a Harley-Poison Ivy relationship on screen. It’d be so fun. So I’ll keep pestering them. Don’t worry.”

With Ivy and Quinn’s close connection in other mediums, it’s only a matter of time before we see them together on the big screen. Robbie previously stated, to “PrideSoruce“, that she’d like to explore the Harley-Poison Ivy intimate relationship in the DCEU:

“If you read the comics you know that Poison Ivy and Harley have an intimate relationship. In some comics they convey it as a friendship; in other comics you can see that they’re actually sexually involved as a couple. I’ve been trying to-I would love to have Poison Ivy thrown into the universe, because the Harley and Poison Ivy relationship is one of my favorite aspects of the comics, so I’m looking to explore that on screen.”

Given that Birds of Prey director Cathy Yan has also advocated to bringing the Harley Quinn & Poison Ivy relation to film saying she’d,

“love to see Poison Ivy” and Harley’s relationship take form and the fact that we haven’t seen Poison Ivy on the big screen since the 1997 Batman & Robin where we saw Uma Thurman play Poison Ivy as she took on Clooney’s Batman and the dreaded nipple Batsuit. As much as I love Lake Bell‘s Ivy in the animated Harley Quinn series, it would be very intriguing to see her return to the film lineup.